Official Wurttemberg stamps for use by the Communal Authorities continued in use by the (People's) Republic of Wurttemberg, after the end of World War I.

Following the abdication of King Wilhelm II of Wurttemberg after the end of World War I, the "People's State" or Republic of Wurttemberg came into existence.

The definitive official stamps of the kingdom were overprinted "Volkstaat / Wurttemberg" at the top and bottom. They are all shown in the images above (Mi. #134-43, Sc. #O43-52). 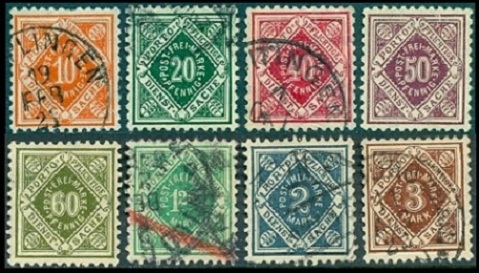 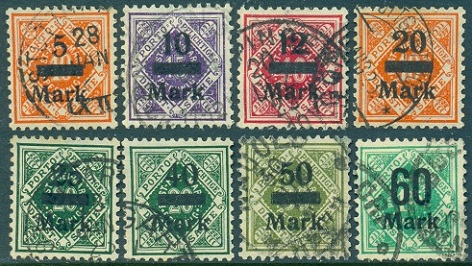 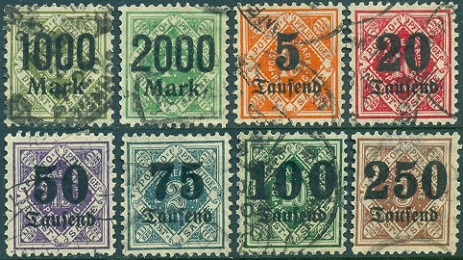 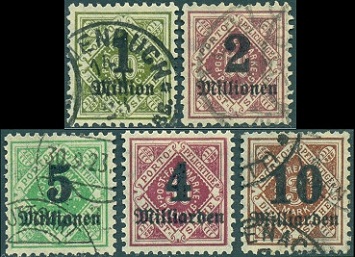 Between January and August of 1923, the same rampant hyperinflation that plagued the Weimar Republic also occurred in Wurttemberg. During this period, all the previous definitive official stamp denominations, some in changed colors, were re-valued with various inflationary values, ranging from Five Marks to Ten Billion Marks. They are all shown in the images above (Mi. #159-83, Sc. #O64-88). 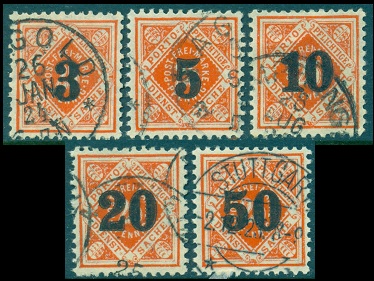 Official stamps for the Communal Authorities were discontinued at the beginning of 1924.