Official Wurttemberg stamps for use by the Communal Authorities were first issued in 1875. With the exception of a few stamps issued by Bavaria, for use by railway officials, Wurttemberg is the only German state that issued a regular series of official stamps. 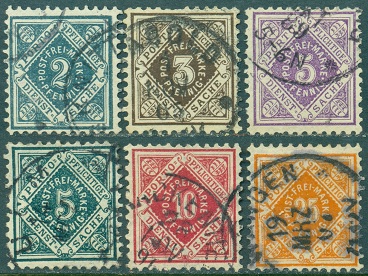 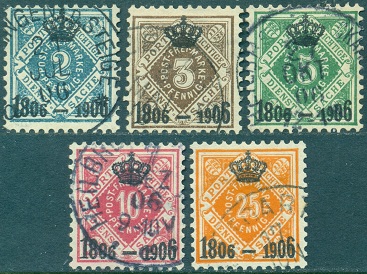 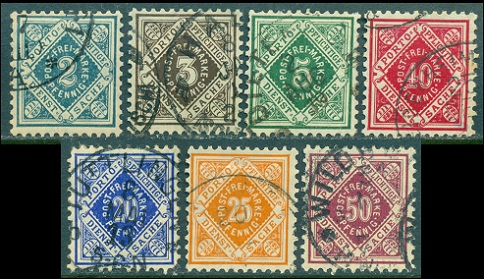 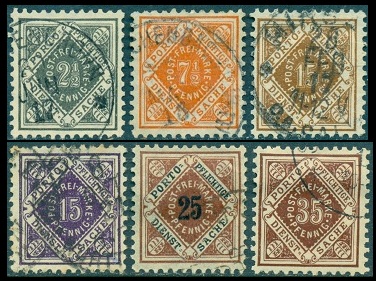 Between 1906 and 1919, a new series of definitive official stamps was issued. All of these issues were printed on paper with a multiple circles and crosses watermark. The top image above  shows the stamps issued during 1906. The bottom image above shows the additional stamps issued between 1916 and 1919.

The 25 Pf. re-valued stamp above (Mi. #122, Sc. #O40) was issued in 1916. These were printed on the same watermarked paper as the 1906 issue. Unwatermarked examples do exist, and they are much scarcer than the watermarked ones. 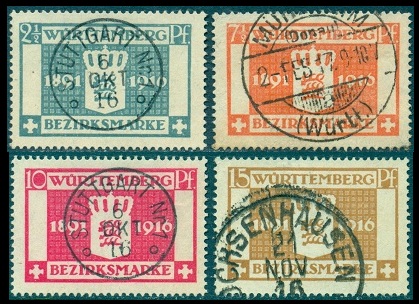 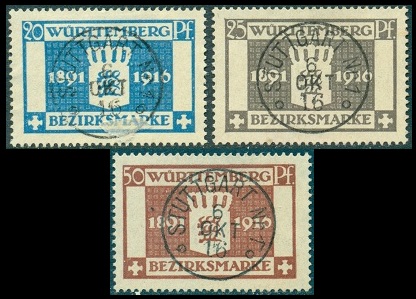 The seven commemorative stamps shown above (Mi. #123-29, Sc. #O33-39) were issued in 1916, to commemorate the 25th Anniversary of the Reign of King Wilhelm II of Wurttemberg. These stamps were printed on unwatermarked paper.

The vast majority of used official stamps are "favor canceled". Most of them are obvious, and they are worth about the same price as the "mint hinged" stamps in most of the specialized catalogs.