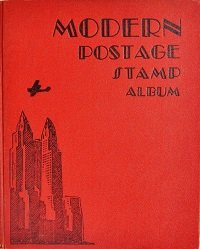 Why collect stamps ? I would like to share my story about how it all began. In about the middle of 1960, when I was 8 years old, my father gave me a worldwide stamp album that he had worked on, when he collected stamps, during the late 1930's and early 1940's. In that time period, the World was a far smaller place, as far as the quantities of stamps that had been issued worldwide up to then. The whole World, at least the major stamp issues, fit into a hard bound red book, with double sided pages, the book being about an inch thick. Of course, being an 8 year old, I knew very little of the World, outside of my hometown of Memphis, Tennessee, so I mainly worked on the United States portion of the book.

I was "hooked" immediately! Initially, I collected US Commemorative stamps, by subscribing to stamp companies that sent approval selections on a regular basis and also by buying packets of used US stamps at local variety stores, near where I lived. At that time my primary interests were in filling the spaces in the album and in enjoying the colorful appearance of the stamps arranged on the album pages. I used to spend hours just sitting and staring at the pages in my album. My father assumed that this would be a casual interest for me, as it was for him. As to Why Collect Stamps ?, it became an obsession with me.  In later years, he once told me he felt that by giving me that stamp album, he believed he had "created a monster" ... well, maybe he was right! Later on, I started to investigate what the different stamps were issued to commemorate, and it was at that point that the real advantages of Why Collect Stamps ? started to come to fruition for me.

In 1965, right before I started high school, my family moved to the Chicago Area. For Christmas one year, my parents gave me a brand new Scott National Album -- a beautiful book, with pages for the United States "complete", including revenue and postal stationery issues! A little advanced for a 13 year old collector, but I didn't care!

Having not made any close friends yet, I immersed myself in my stamp collecting. At the time, I had a pen-pal in Brazil, that I traded stamps with, so I started collecting Brazil, and later on, I began collecting Mexico and Canada, then eventually, I got a two volume set of the Harris Standard Album and began to collect Worldwide. Then I discovered stamp stores and started hanging-out at them as much as possible. There, I could talk to others about the pros of stamp collecting and about the question "why collect stamps ?". In the late 1960's, I wanted to share the pros of stamp collecting with others, and I started a stamp club in my high school.  In the process, I answered the question of "Why Collect Stamps ?" for many of my classmates.  Some of them became avid stamp collectors.  On a monthly basis, my collector friends and I would take the train into downtown Chicago and we would go to all the BIG stamp stores.

At the end of 1969, my father again got transferred, and we all moved to Northern California, to the San Francisco Bay Area. During my college years, I discovered what many older teens discover, as they approach adulthood .... girls and partying, thus the urge to actively collect stamps started to wane. In the early 1970's, oddly enough, a girl I was dating worked for a local stamp dealer, and she introduced me to them. Oh my gosh! The addiction started once again!

Being a college student, I got a part time job working for the same dealer, doing cataloging, stocking, and occasionally waiting on customers. The dealer paid me in stamps, so I was collecting again! I not only maintained my US collection, but I also began collecting Germany, France, the Republic of China, and after President Nixon's trip, the People's Republic of China. Later on, I became interested in thematic stamp subjects and began collecting Paintings on Stamps and Space Exploration on Stamps. I joined a local stamp club, and as they had an annual Philatelic Exhibition - Stamp Show, I started to exhibit my collections competitively. Oddly enough, it was not my country specific collections that won awards, but it was my thematic ones. I won many awards for various aspects of my Paintings on Stamps, one for China, utilizing my People's Republic collection, and one on Space Exploration, featuring the History of Soviet Space Exploration.

Then, I got married .... There was another lapse in my collecting effort, though I continued to work occasionally for the local stamp store throughout the 1980's.

I collected throughout the 1980's and joined the American Philatelic Society, though my interest at that time wasn't maniacal. In the early 1990's, I ran into someone in the Northern California Area that was also a stamp collector, and he re-kindled my interest in collecting. He was, what we would call, a fly-specker. He specialized in the 19th Century line-engraved issues of Great Britain and studied them down to the smallest detail, collecting all the re-entries that existed for the hundreds of plates employed in printing those issues. At his urging, I started doing that with my US collection. I joined the US Philatelic Classics Society and began specializing in the plating of the 1851 Three Cent issue.  I also became interested in collecting the New York Foreign Mail postmarks of the 1870's that were primarily used on the US Banknote definitive series of postage stamps.

Then, in 1997, MY job got transferred, and I moved to Southern California. By the end of the 20th Century, retail stamp stores in smaller towns were almost non-existent in the United States, so buying stamps became extremely difficult. During the infancy of the internet, I happened upon an online auction site one night which had a section for stamps and coins. The site was eBay! I registered with them immediately and have been a buyer and seller on their site since. All of a sudden, I could get stamps from other collectors, all over the World, as well as sell the stamps to the same vast audience. Today, there are other excellent online auction sites on the internet as well, but I continue to spend most of my collecting and dealing time on eBay.

In the early 2000's, I finally got tired of the US Collection and sold all but the 1851 Three Cent plating specialty that I had worked on. A few years ago, at the urging of my siblings, I began working on my family tree. What began as a casual effort, really sparked my interest in where my family originated from. My great great grandparents immigrated here from Switzerland around 1870. The Aeschliman family name actually originated in the Bern Canton of Switzerland in the 12th Century. Of course this kindled a new interest for me philatelically. At that time, I began my collecting interests in Switzerland, Germany, and Austria, and now, I specialize in all aspects of those countries, including postmarks and postal history. I've also accumulated mountains of duplicates, from buying multiple collections to supplement my own. This caused me to create an eBay Store and to start dealing full time on the auction site.

When I started working on my website, I had little extra time for working on my collecting specialties, so the Germany, Austria, and Switzerland have been sitting on the bookshelves for quite a while now.  Something else did happen though.  The memory of the fantastic US collection I had in the 1990's and the reality of having sold it all has haunted me every day since then.  So, about a year ago, I decided to buy a new Scott National Album and to begin rebuilding my US collection.  Almost 30 years after I sold my collection, finding attractive looking, used 19th Century definitives, Columbians, Trans-Mississippis, etc. on the internet has been very difficult, and it has been tremendously expensive.

So, if you are an inactive collector, please don't SELL your collection, like I did years ago.  The "Why collect stamps ?" urge will return someday, and I can assure you that rebuilding a quality collection will be "MUCH MORE DIFFICULT AND MUCH MORE EXPENSIVE THE SECOND-TIME-AROUND!


Why collect Stamps? In the time I have collected and studied stamps, I have developed an immense knowledge of history, geography, cultures, religions, and languages that would have otherwise been impossible. Today, I have a reading comprehension of six different languages with fluency in two of them, something many Americans never achieve. It is kind of gratifying, when I run into an immigrant from another country. In many instances, I've started a conversation, talking to them about the history, culture, and geography of their native countries, and sometimes they are astounded at the fact, that in some cases, I know more about their history and culture than they do!

Why collect stamps ? I attribute almost ALL OF THIS to my life-long experience with stamp collecting. Have I made a fortune with all of this? NO! Over the last 50 years, if I tallied all the stamps I bought versus all the stamps I've sold, I'm sure the net loss would be tremendous! The REAL REWARDS from stamp collecting are NOT monetary. The pros of collecting stamps are immeasurable. The TRUE REWARD from collecting stamps is in the personal ENJOYMENT and in the EDUCATIONAL POTENTIAL that it brings.

THAT IS THE COMPELLING REASON FOR ME, AS THE ANSWER TO ... WHY COLLECT STAMPS ?.  It is my hope that the question of Why Collect Stamps ? will be answered by the articles in this website for countless people around the world that are looking for a meaningful and educational hobby to pursue.

Return to Stamp Collecting from
Why Collect Stamps