In 1919, the Weimar Republic began issuing airmail stamps, that is, definitive postage stamps, designed to be used specifically for mail carried on airplanes or airships. 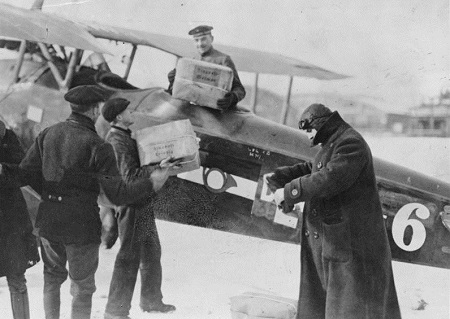 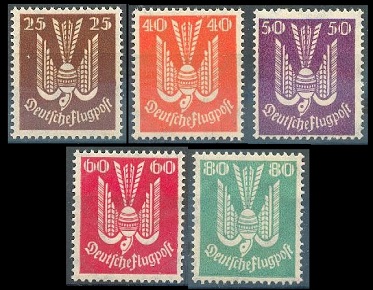 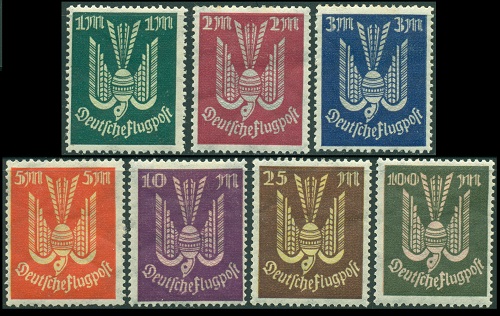 These stamps feature a Carrier Pigeon in Flight, an allegorical representation of airmail.  Over history, carrier pigeons have been used to deliver messages by air over great distances.

As can be seen by the large denominations of these airmail stamps, they were issued during the beginning of the period of hyperinflation in Germany. 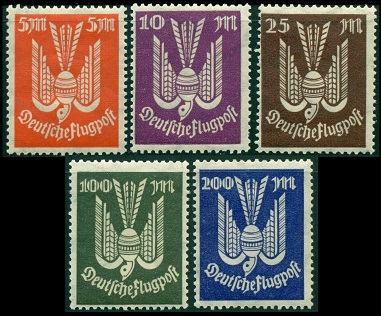 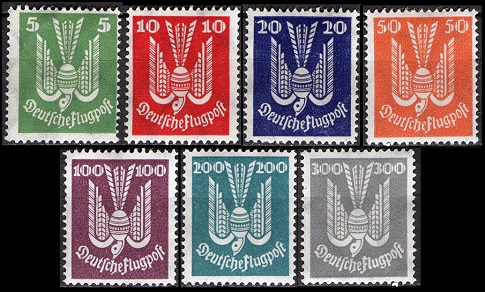 After the period of hyperinflation in late 1923, new airmail stamps had to be re-issued, with their denominations expressed in the reformed German currency.

The airmail stamps shown above (Mi. #344-50, Sc. #C20-26) were issued on January 11, 1924, and they are all denominated in Pfennig.  The designs are the same as those airmail stamps of the previous issues, but the sizes of these stamps are smaller.

These new airmail stamps were not in use for very long, and as a result, they are quite a bit scarcer than the previous issues.  A mint condition LH set can run considerably over $200. 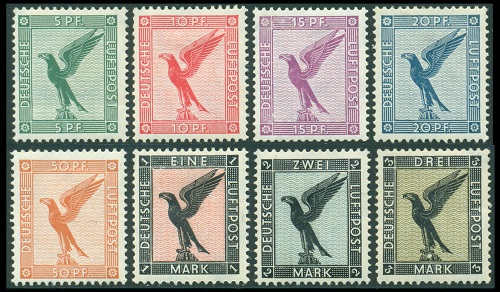 The designs feature a stylized German Eagle Taking Flight.  These would continue in use, as the standard airmail definitive postage stamps, until the beginning of the Third Reich.

The 10 Pf., 15 Pf., and 20 Pf. denominations were also issued in booklets.  Booklet panes of these are quite expensive.