The pictorial Vatican stamps issued between 1949 and 1951 celebrate important people and events in Church and World history, including some of the great basilicas and the anniversary of the Council of Chalcedon. 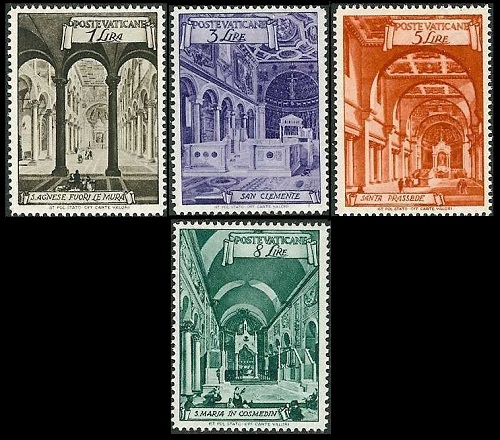 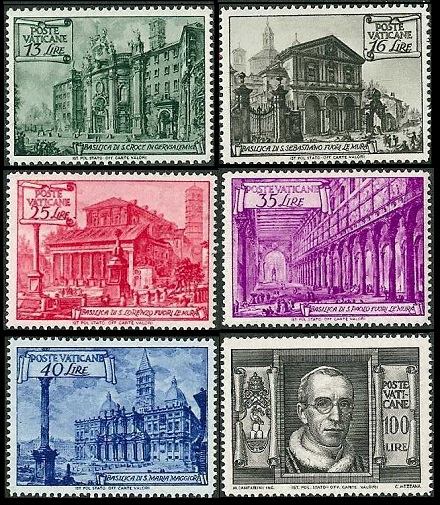 All of these Vatican stamps, except for the 100 Lire denomination, exist in two perforation gauges.  Some of the denominations also exist imperforate and in imperforate between pairs.  See the major catalogs for details. 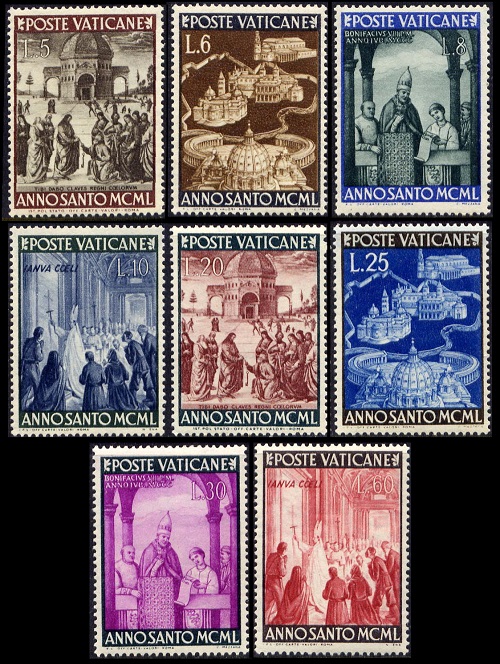 The four common designs, as they appear in the image, are as follows. 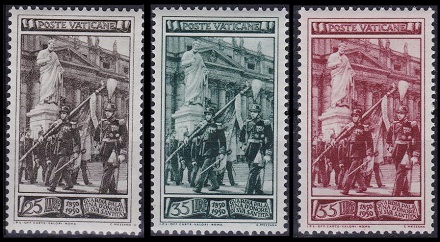 The three pictorial Vatican stamps shown above (Sc. #140-142) were issued on September 12, 1950 to commemorate the 100th Anniversary of the Palatine Guard.

The common design features the Palatine Guard and a statue of St. Peter. 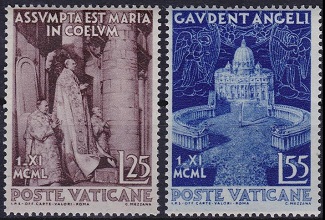 The two pictorial Vatican stamps shown above (Sc. #143-144) were issued on May 8, 1951 to commemorate the Proclamation of the Roman Catholic Dogma of the Assumption of the Virgin Mary on November 1, 1950. 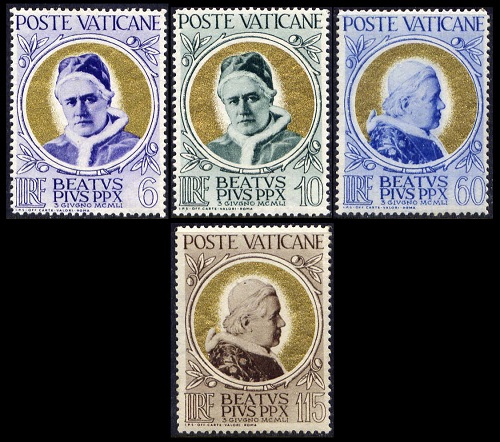 The four pictorial Vatican stamps shown above (Sc. #145-148) were issued on June 3, 1951 to celebrate the Beatification of Pope Pius X. 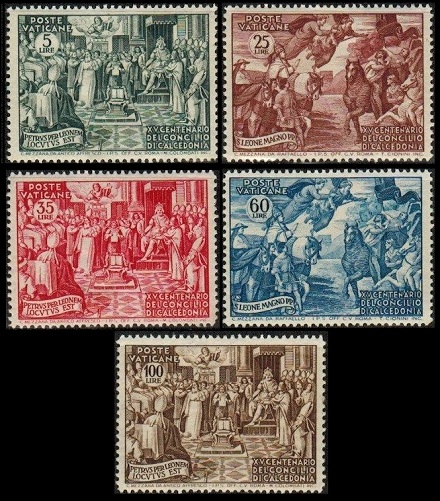 The Council of Chalcedon was held in Chalcedon (Kadikoy, Turkey) from October 8 to November 1, 451.  The council was convened by the Eastern Roman Emperor Marcian (392-457) and Pope Leo I (400-461) to decide the human and divine nature of Jesus Christ.  The council basically reaffirmed the Council of Ephesus (431) and the Creed of Nicaea, stating that Jesus Christ has two distinct natures, combined into one being, with one nature being divine (GOD) and the other nature being mortal (MAN).