The first definitive Vatican stamps, for postage on airmail letters, appeared in 1938.  Many of the definitive and commemorative airmail stamps of the period from 1938 to 1958 feature symbolic themes consisting of angels, doves, or aerial views of Vatican City. 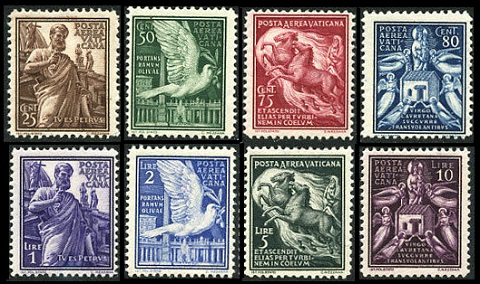 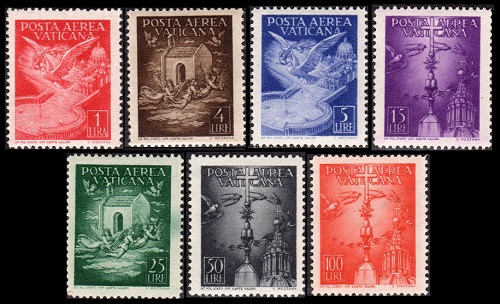 The common design features the Archangel Raphael and Young Tobias, based on the Old Testament story of Tobias and the Angel.

The two wide-format airmail stamps shown above (Sc. #C18-C19) were issued on December 3, 1949 to celebrate the 75th Anniversary of the Universal Postal Union (UPU). 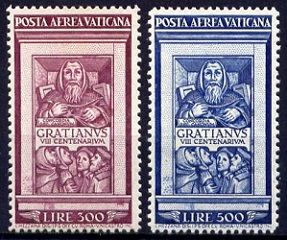 The two tall-format airmail stamps shown above (Sc. #C20-C21) were issued on December 20, 1951 to celebrate the 800th Anniversary of the Publication of the United Canon Laws.

Franciscus Gratianus (active: 12th Century) was a canon lawyer from Bologna.  He was the author of the legal textbook, the Decretum Gratiani (English: Collections of Canon Law of Gratian), which eventually became known as the Corpus Juris Canonici (English: Body of Canon Law).  This legal textbook was used by the Roman Catholic Church until May 1918, when a revised Code of Canon Law, proposed by Pope Benedict XV, was adopted. 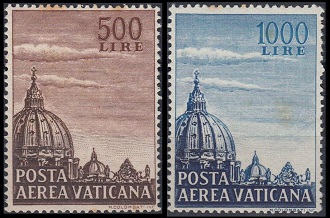 The common design features a view of the Dome of St. Peter's Basilica. 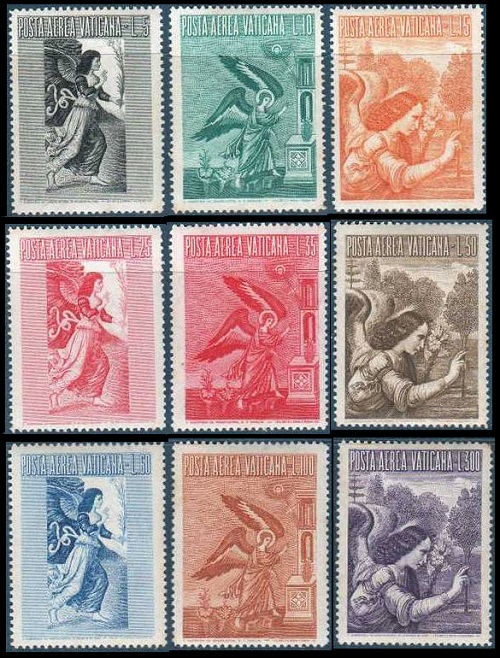 The three common designs, featuring Renaissance paintings of angels, as they appear in the set, are as follows. 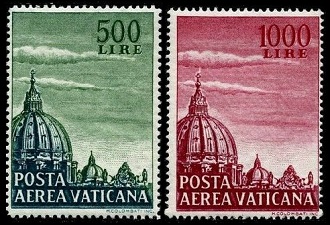 Return to Vatican Stamps from
Airmail Stamps of 1938-1958