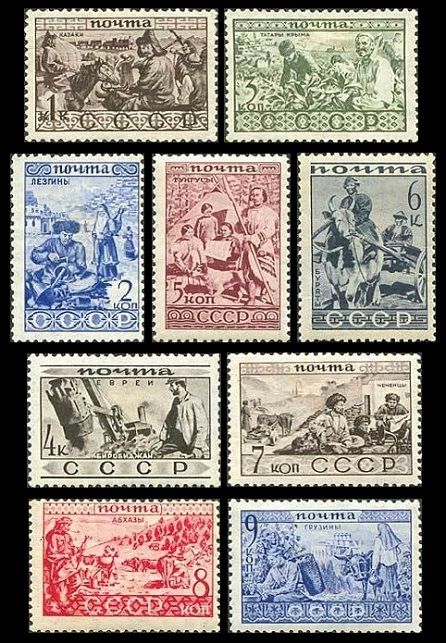 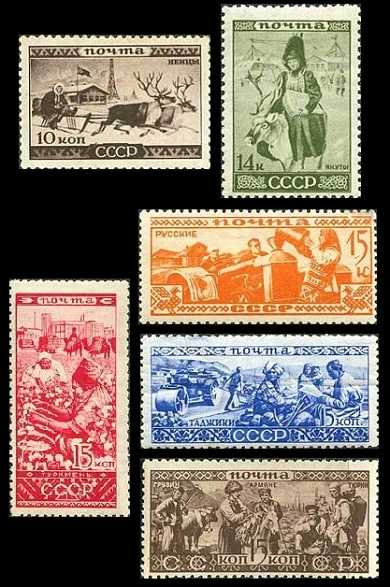 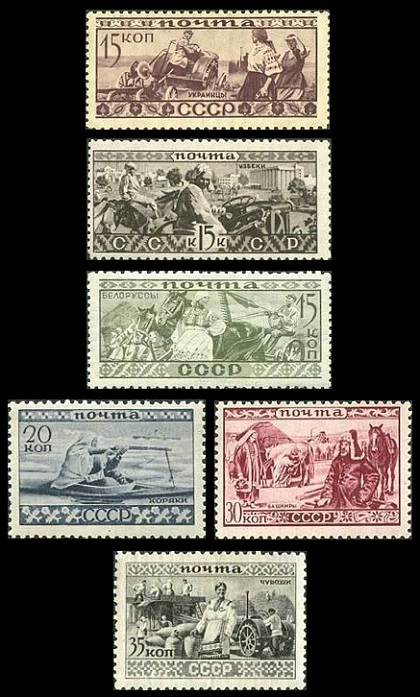 The twenty-one pictorial stamps shown above were issued during 1933 to celebrate the Peoples of the Union of Soviet Socialist Republics. 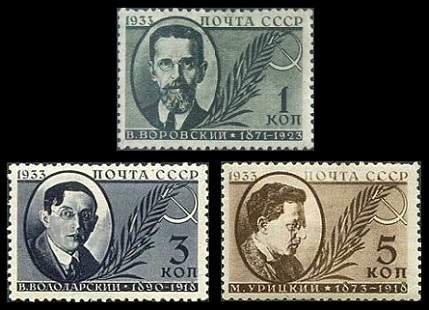 These stamps are part of an ongoing series honoring Martyred Communist Leaders. 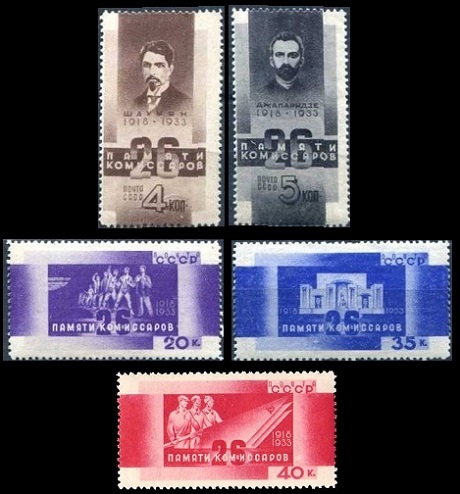 The five pictorial USSR stamps shown above were issued on December 1, 1933 to commemorate the 15th Anniversary of the Execution of the 26 Commissars at Baku (Azerbaijan SSR).


Return to Russian Stamps from
USSR Stamps - Commemoratives of 1933 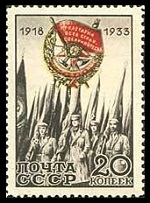 The Order of the Red Banner was the first and the highest Soviet military decoration until 1930, when the Order of Lenin was established.