Customs fee US revenue stamps were issued in 1887 by the US Internal Revenue Service for the Cashier's Office of the New York City Custom-House. 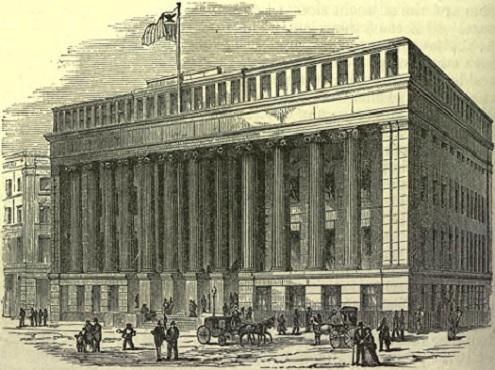 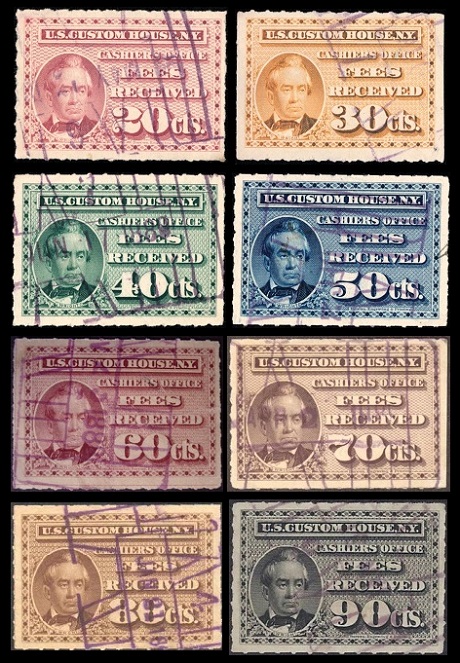 The eight customs fee stamps shown above were issued in 1887.  The stamps are all engraved and rouletted 5 1/2.  They are inscribed U.S. CUSTOM HOUSE, NY / CASHIER'S OFFICE / FEES RECEIVED, and they all feature the portrait of Silas Wright, Jr. 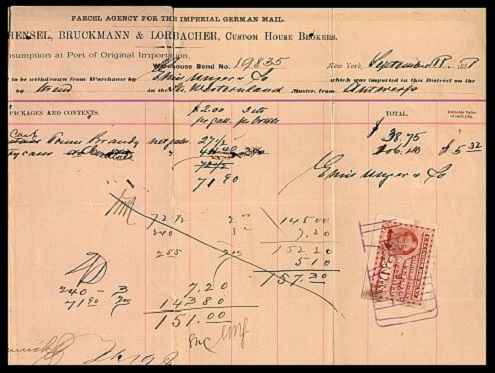 1888 Merchandise Entry Form
with an Example of Sc. #RL1

The use of customs fee revenue stamps was discontinued on February 28, 1918.


Return to US Revenue Stamps from
Customs Fee Stamps