The Third Issue of US revenue stamps was produced between 1871 and 1874.

To alleviate the situation, the Department of Internal Revenue ordered that some of the denominations of the Second Issue be printed in differing colors.  These new stamps are referred to as the Third Issue.

These new revenue stamps were also printed on a "chameleon" paper with silk fibers, which usually has a violet or pinkish tint. 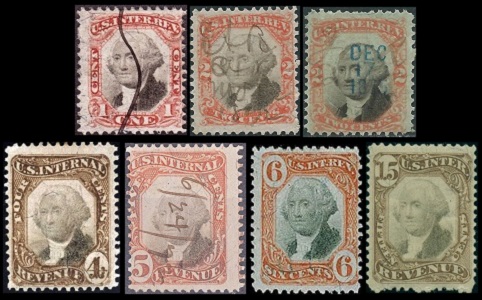 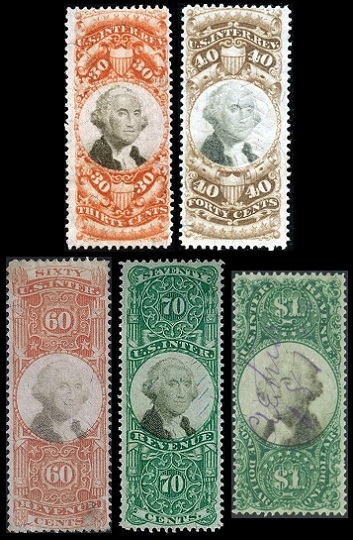 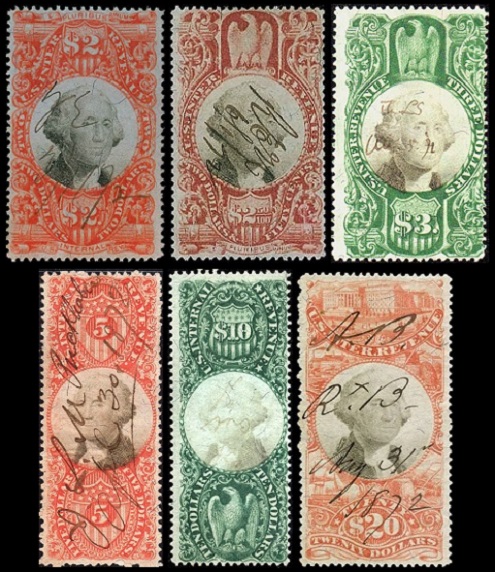 The most common types of cancellations on these Third Issue revenue stamps are circular or herringbone cut-cancels.  Hand-stamped and manuscript cancels are worth more.

The new US revenue stamp design shown above, at the left, was first issued in 1875.  These new revenue stamps were printed on bluish, unwatermarked paper, perforated 12, and they all featured an allegorical representation of Liberty.

During 1878, the printers began using a new paper with a double-lined USIR watermark.  This new revenue stamp watermark would continue in use until 1958.

During 1881, new varieties began to appear that were rouletted 6, instead of the usual perforation 12.  An example is shown above, at the right.