US revenue stamps have been around since the late 18th Century, however, they were actually colorless embossed impressions applied to the taxable paper document, as shown in the images directly below.

Taxation is something that has never been tremendously popular with Americans, and the new American government, in the late 18th Century, kept it to a minimum.  After all, it was excessive taxation by the British government, without sufficient colonial representation in the British parliament, that triggered the American War of Independence.

Early in the history of the United States, there were no federal or state income taxes or sales taxes, but taxes were levied on various types of paper transactions, such as promissory notes, bills of exchange, bills of lading, insurance policies, powers of attorney, stock certificates, patent letters, conveyances, leases, mortgages, commissions, liquor licenses, etc.

During the American Civil War, and later, the Spanish American War, large sums of money were required to support the federal war effort.  During 1862, the first government printed US revenue stamps were issued.  These new revenue stamps, referred to by philatelists as the First Issue, were inscribed for use on every imaginable type of taxable paper transaction.  Their denominations ranged from 1 Cent through 200 Dollars. 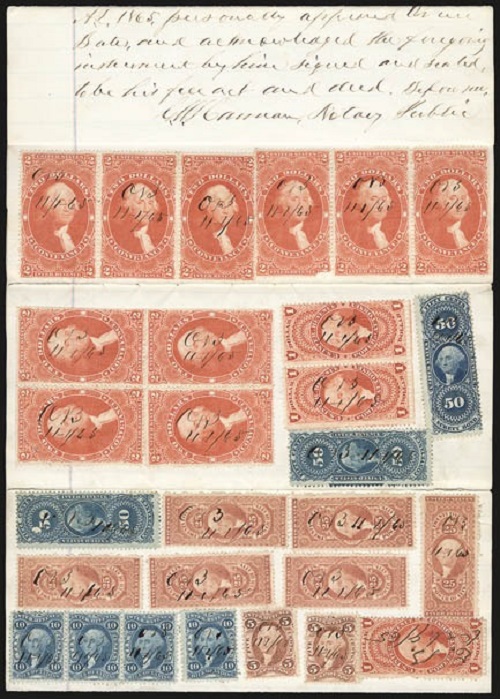 1863 Claim Deed
with Various Denominations from the First Issue

The First Issue of US revenue stamps was retired in 1871.  The new revenue stamps were all inscribed U.S. INTER(NAL) REV(ENUE), so they could be used indiscriminately on all types of paper documents.

After 1898, all federally issued revenue stamps were inscribed DOCUMENTARY, and these types of stamps remained in use well past the middle of the 20th Century.

Classical US revenue stamps are very popular with stamp collectors Worldwide.  The scope of just the federal internal revenue and documentary stamps issued since the American Civil War almost exceeds the number of US postage stamps issued to date.  AND THERE'S MORE!

There are additional categories of federal revenue stamps that have been issued, with some of them continuing to modern times, such as Proprietary stamps, Stock Transfer stamps, Silver Tax stamps, Wine and Beer stamps, Playing Card stamps, Potato Tax stamps, Narcotic Tax stamps, Consular stamps, and Hunting Permit stamps. 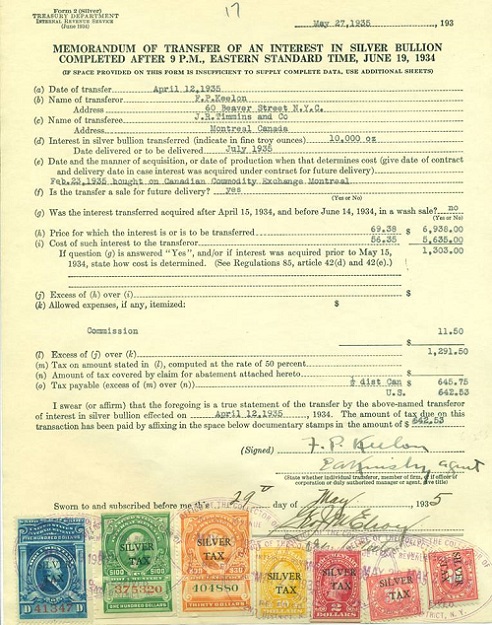 To further extend the scope of revenue stamp collecting, each of the states of the United States have also issued their own revenue stamps for the collection of state and federal taxes.

During the 19th Century, many manufacturers and pharmaceutical companies issued their own ornate stamps to indicate the collection of taxes on their retail products.  These are called Private Die Proprietary, or sometimes Match and Medicine, stamps.

Collecting or specializing in revenue stamps of the United States can truly be a lifetime endeavor.

Links to future articles concerning the different types of US federal revenue stamps will eventually be provided in the column at the right.

The American Stamp Dealers Association website has some exceptional articles on rare and elusive US revenue stamps, including the historical and philatelic background of many of these important issues.  The Revenue Articles menu is located in the middle of the left-hand column.

What the R's Are


Return to Home Page from US Revenue Stamps