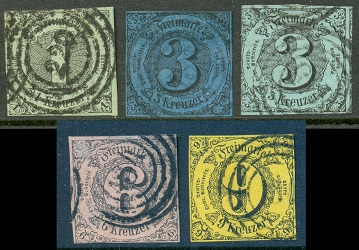 The Thurn and Taxis Post issued their first adhesive postage stamps, for use in the Southern District, between 1852 and 1853. The four denominations were typographed, imperforate, and unwatermarked. This series featured a large numeral of value inside a circular frame and was printed in black on colored papers. The 3 Kr. was printed on two different colored papers. The set is shown above (Mi. #7-10, #12, Sc. #42-46). 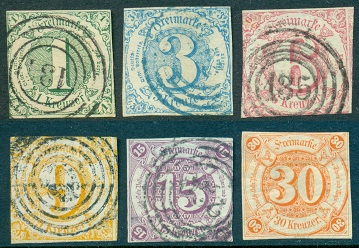 Fake cancellations exist for many of the Southern District postage stamps, especially for the ones that are high-priced in used condition.

Reprints were made of many of these postage stamps in 1910. They all have "ND" (Neudruck) in script lettering printed on the back. According to the Scott Catalog, they are worth about $6.00 each.

Stamps of the Southern District were replaced by those of Prussia in 1867.

These Thurn and Taxis postage stamps offer a wonderful opportunity for the philatelic study of their postmarks. The most common type of postmark on their postage stamps was the ringed-circle numeral postmark.

Ever wonder what those numbers in the ringed circles mean? Ever tried to find them on the Internet? I know I have, and it is impossible!

Now our desires are fulfilled! I am fortunate to have a book in my library that contains all the ringed-circle numbers, and it gives the town names to which they belong. I have added the four scans below, containing all the numerals and towns. 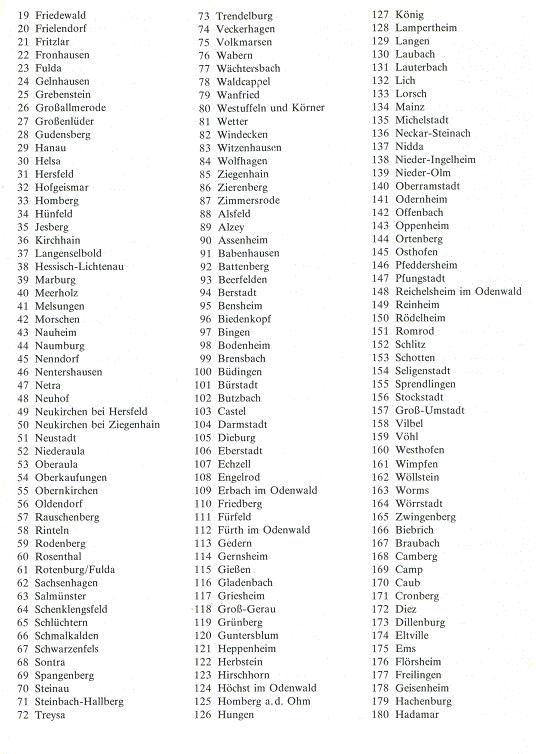 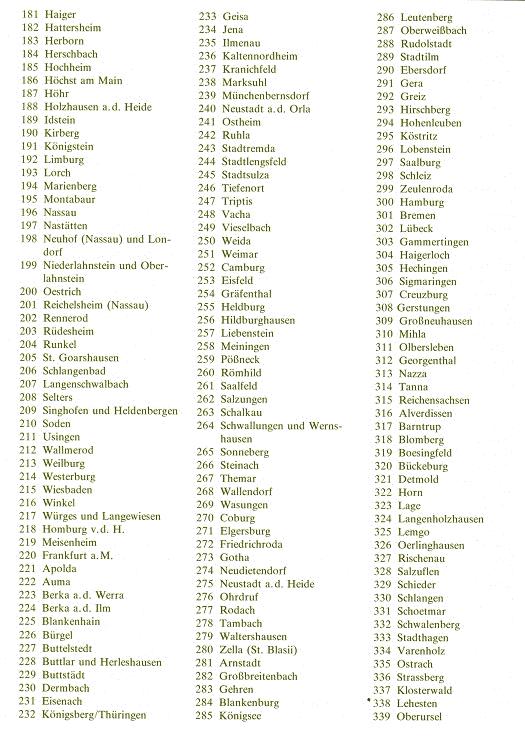 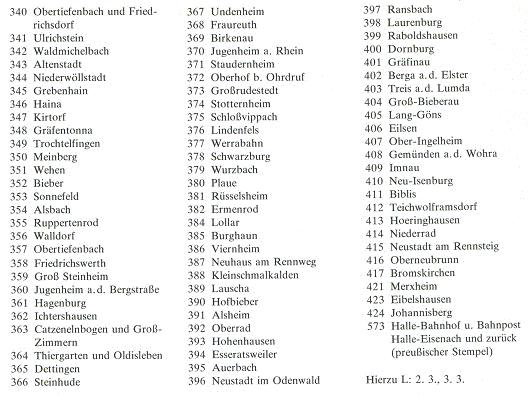