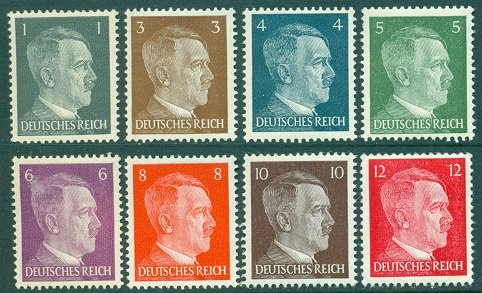 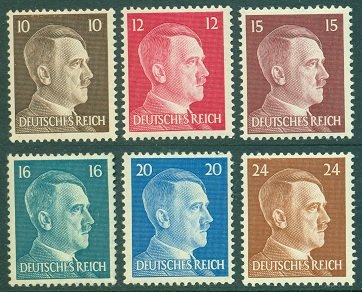 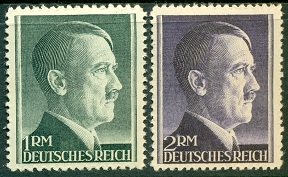 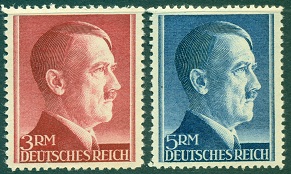 The four Third Reich high-denomination definitive postage stamps shown above were issued between 1942 and 1944. These magnificent looking Reichsmark denominations were engraved, and they were produced with two different perforation gauges.

Used condition examples of the 3 Mk. and 5 Mk. denominations, issued in 1944, are very expensive. The specialized catalogs stress that all of these must have proper authentication.

The catalog attributes, for stamps that are perforated 12 1/2, are as follows.

The catalog attributes, for stamps that are perforated 14, are as follows. 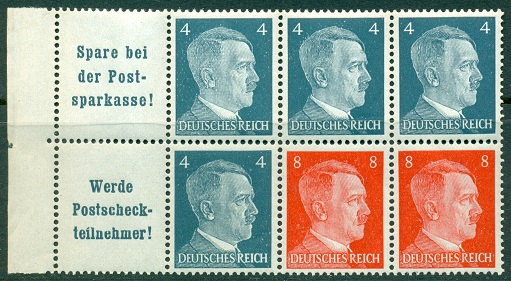 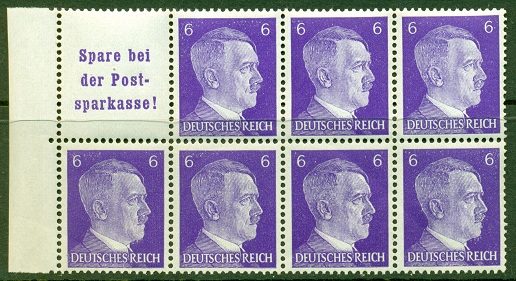 Two un-stapled booklet panes from booklet sheets are shown above.

There were only two booklets of this series, but there are six different pane configurations with varying denominations and advertising labels.

NOTE: Mint stamps and booklet panes of this series tend to curl very badly. You should keep your stamp multiples and panes in mounts and pressed flatly against the album page or stock page. If one is not careful, the curling could cause the stamps to accidentally separate. 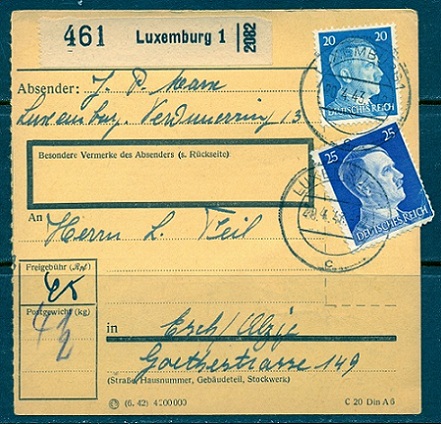 Shown above is a packet (parcel) registration card mailed from Luxemburg on April 20, 1943. 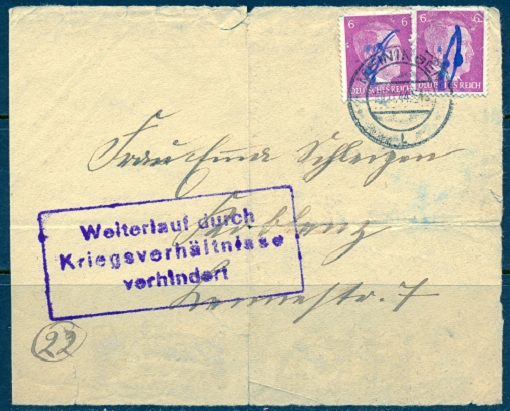 Shown above is a cover front mailed in late 1944, during the waning days of the Third Reich, which was returned to the sender. The cover features the transit marking "Weiterlauf durch Kriegsverhältnisse verhindert" which translates to "Delivery prevented by war conditions".