The Third Reich, is the common name for Germany, under the leadership of Adolph Hitler and the Nazi Party, from 1933 to 1945. Dritte Reich, German for "Third Empire", relates the Nazi state as the successor to the medieval Holy Roman Empire (962-1806) and the modern German Empire (1871-1918).  The often used term "Thousand Year Reich" refers to the sum of the years of all three empires indicated above. 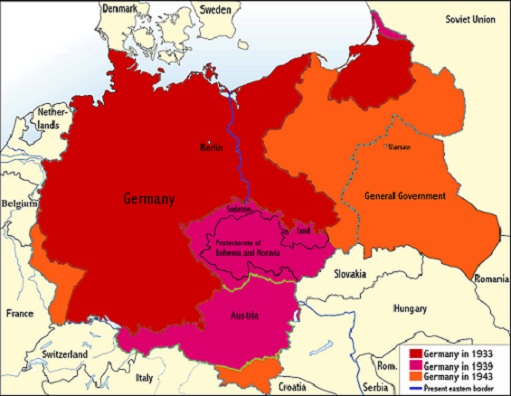 Adolph Hitler was appointed the Chancellor (prime minister) of Germany on January 30, 1933, by President Paul von Hindenburg. Hindenburg died in August of 1934, and afterward, Hitler secured the support of the army, abolished the office of the Presidency, and proclaimed himself Führer (Supreme Leader) of the German people. At this point, Adolph Hitler was the absolute ruler of the "Deutsches Reich", interpreted as the "State of Germany".

Philatelically, the first postage stamps officially issued under the Third Reich were the surtaxed (charity or semi-postal) commemorative stamps showing scenes from Wagner's Operas, issued on November 1, 1933.  They are all shown above.