For Swiss stamps, the period from 1856 to 1862 witnessed the final issues of the Imperforate Sitting Helvetia or Strubel designs.  With the exception of the 2 Rappen denomination, the Bern III Printings on thick paper are quite abundant and relatively inexpensive.  Along with multiple shades and relatively abundant postal history, these final Strubel issues provide many opportunities to general collectors, as well as to specialists.

The thin paper Strubel stamps issued in 1856 are somewhat of a mystery.  Their features more resemble the early Bern II Printings than the coarse looking Bern III Printings. The majority of these stamps also have grid cancels which had been replaced by circular date stamp postmarks sometime near the end of 1855.

The 1856 thin paper printing attributes are as follows:

The 1856 thin paper printing catalog details are as follows:

The Swiss stamps of the Bern III Printings are all shown above.

The Bern III Printing attributes are as follows:

The Bern III Printing catalog details are as follows:

A Bit of Postal History 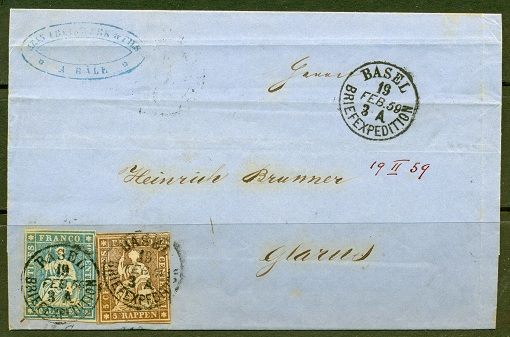 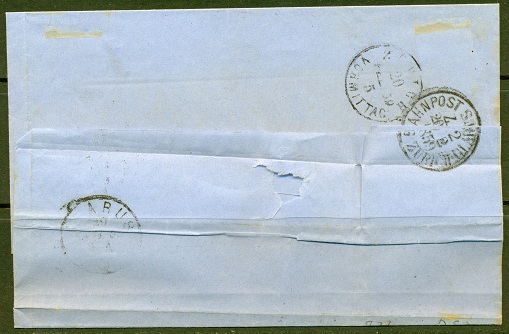 Smaller format Swiss stamps, perforated 11 3/4 and printed on two different paper types, were issued between 1862 and 1881, utilizing the same central design as the Strubels.  They will be the subject of a separate web page category.