These types of charity stamps feature a "value added amount" or "surtax amount" in addition to the postal denomination of the stamp, for the purpose of funding national organizations, public events, and / or public charities. 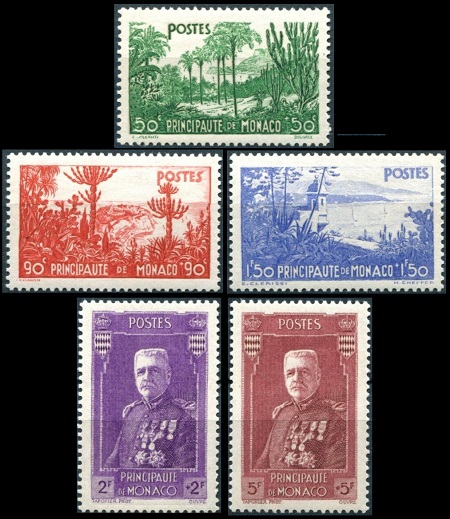 The four designs, in the order that they are shown above, are as follows: 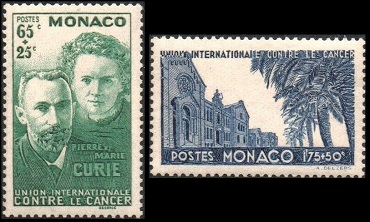 The two surtaxed pictorial charity stamps of Monaco shown above (Sc. #B24-B25) were issued on November 15, 1939.  The surtax benefited the International Union for the Control of Cancer.

The two designs, in the order that they are shown above, are as follows: 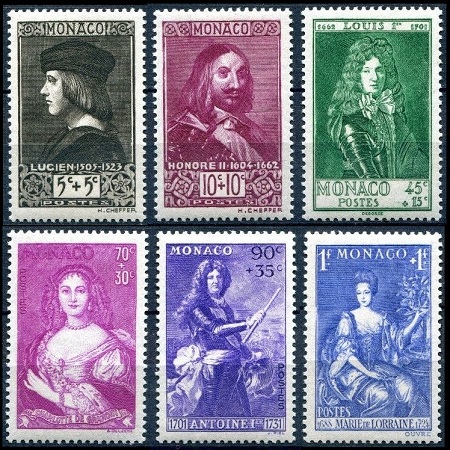 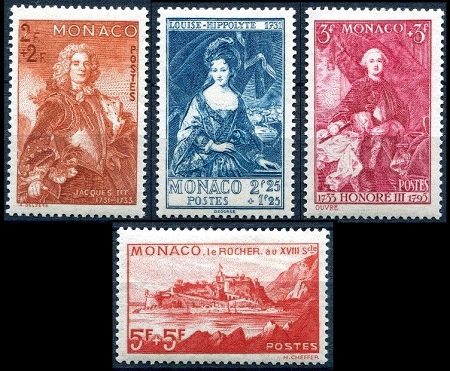 The ten surtaxed pictorial charity stamps of Monaco shown above (Sc. #B26-B35) were issued on June 26, 1939, celebrating Famous Rulers of the House of Grimaldi.

The ten designs, in the order that they are shown above, are as follows: 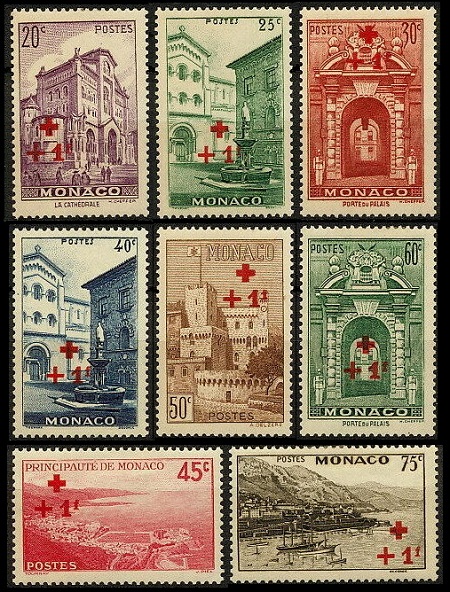 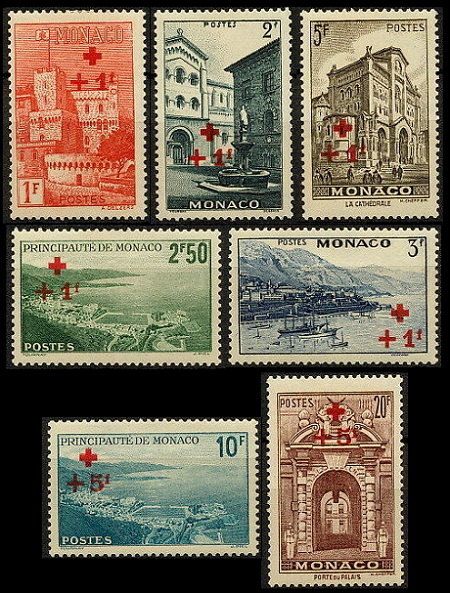 The fifteen 1939 pictorial definitive stamps of Monaco shown above were overprinted and surtaxed (Sc. #B36-B50) on February 10, 1940. The surtax, benefiting the Red Cross, was used to purchase ambulances for the French government, at the beginning of World War II.