More pictorial and portrait definitive stamps of Monaco, with most of them featuring historical landmarks located on top of the "Rock of Monaco", appeared during this time period.

The historical district of the Principality of Monaco, located on the Rock of Monaco, is known as "Monaco Ville" or "Monaco City".  It is not actually a city but a ward or district of the southern end of the principality, containing the "Old Town", the "Fortress", and the "Royal Palace". 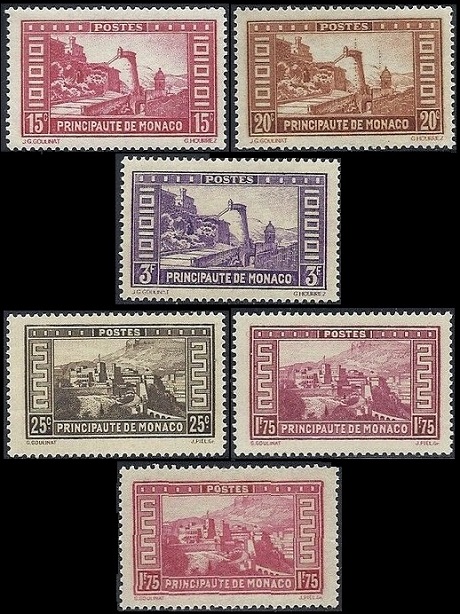 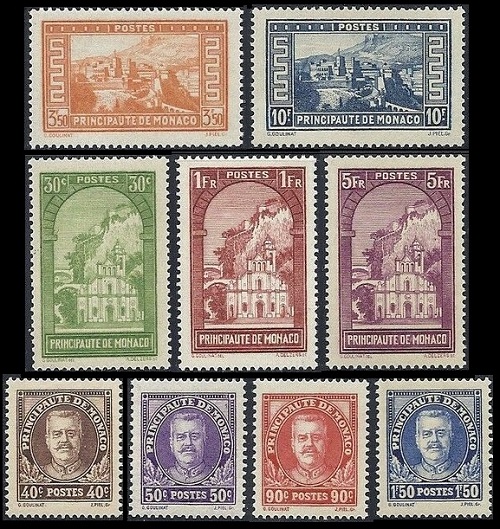 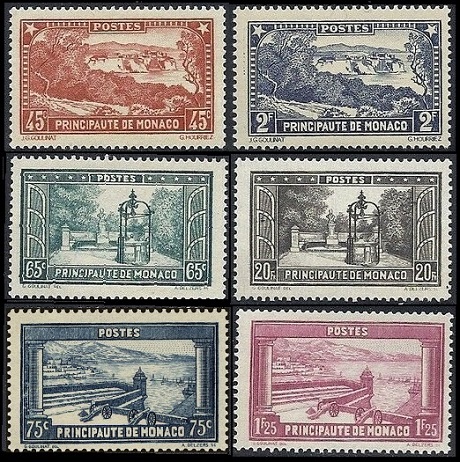 The images above are organized by design-type and then by ascending denomination.  All of the stamps in the set are shown in the images. 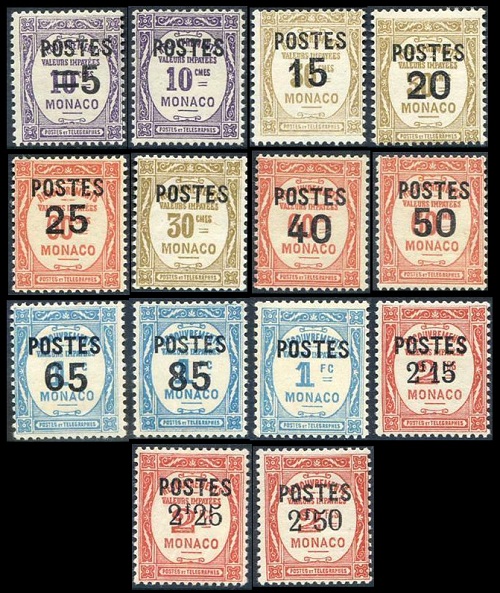 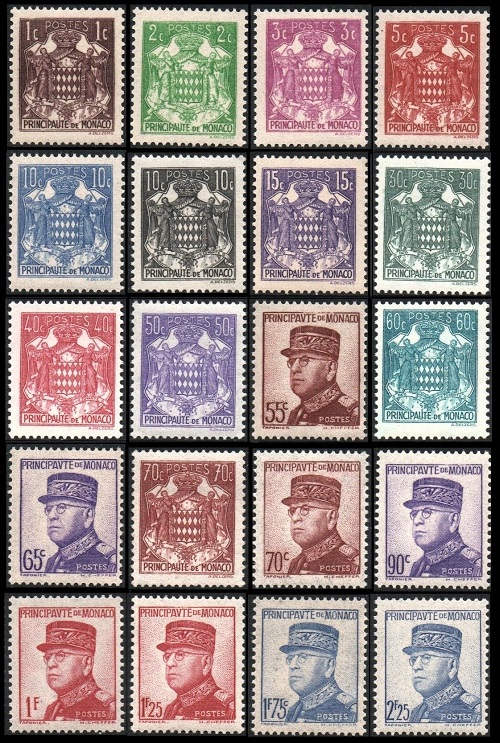 The two designs are as follows: 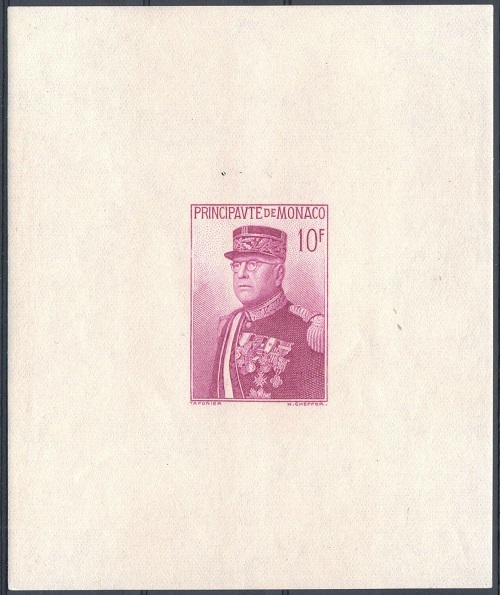 The 10 Fr. denomination souvenir sheet shown above (Sc. #159) was issued on January 17, 1938 to celebrate the "Fête Nationale" (National Fair or Festival) held on that date.

The stamp design features a portrait of Prince Louis II in military attire.