The the first pictorial definitive stamps of Monaco, with most of them featuring views of Monaco and its landmarks, appeared during this time period. 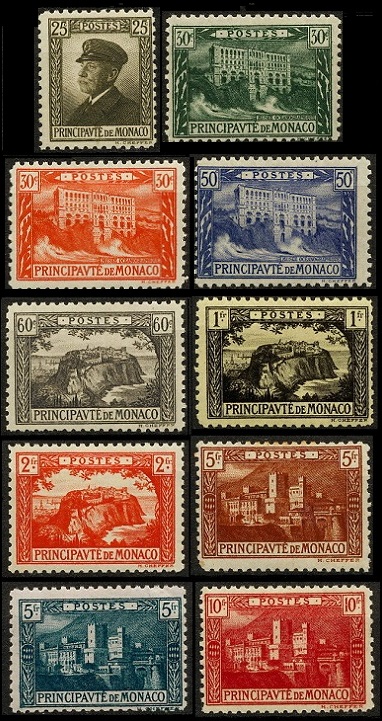 The four common designs, as they appear in the set, are as follows: 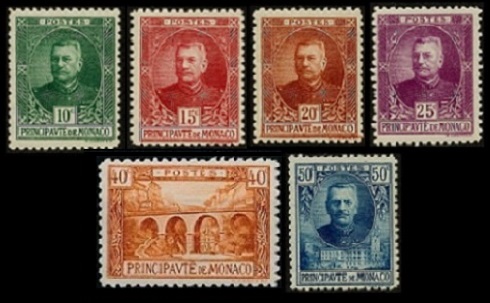 The three common designs, as they appear in the set, are as follows:

The three overprinted and re-valued definitive stamps of Monaco shown above (Sc. #57-59) were issued on August 5, 1924.

The common design of these 1891-1921 definitive stamps features the left-facing portrait of Prince Albert I. 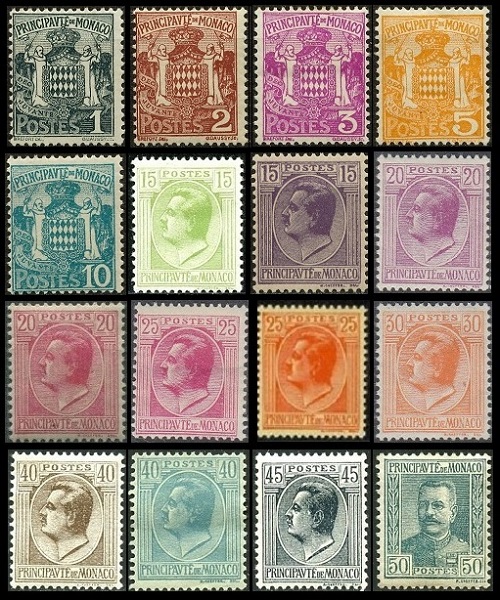 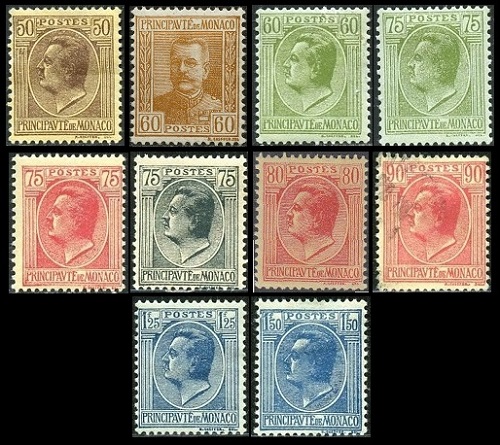 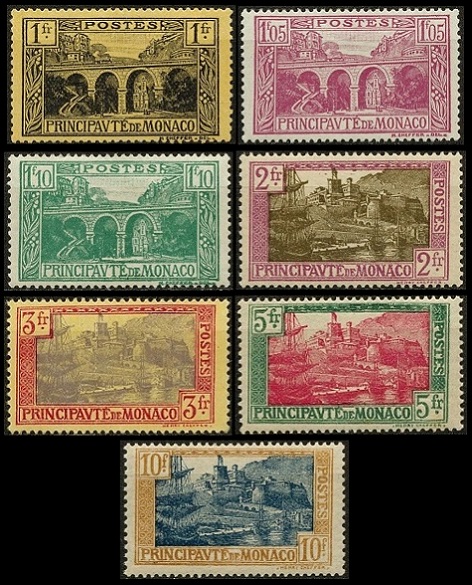 The thirty-three portrait and pictorial definitive stamps of Monaco shown above (Sc. #60-92) were issued between 1924 and 1933.

The five common designs, as they appear in the set, are as follows: 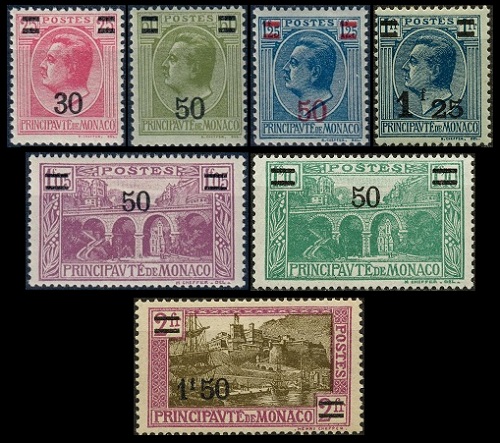 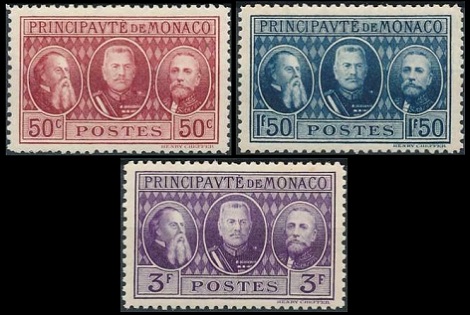 The three pictorial definitive stamps of Monaco shown above (Sc. #100-102) were issued on February 18, 1928 for the International Philatelic Exhibition, held in Monte Carlo. 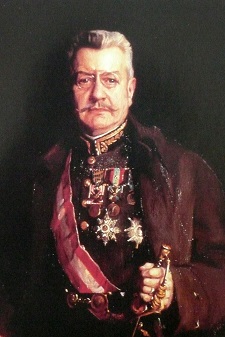 As a youth, Louis served in the French Foreign Legion and in the French Army.  At the beginning of World War I, he re-enlisted in the French army, as a volunteer, serving as a staff officer.  He eventually attained the rank of Brigadier General.

During World War II, Louis tried to maintain Monaco's neutrality.  However, much of his country's population was Italian, and the majority of them supported the fascist government in Italy.  Beginning in 1942, Monaco was occupied first, by Italy, and then later, by Germany.  Throughout the war, Louis' indecisiveness concerning affairs-of-state caused a huge rift with his grandson, Rainier, the heir to the throne.  Rainier strongly supported the Allies in their fight against Italy and Germany.

Louis did leave an indelible imprint on the principality.  In 1924, the Monaco Football Club was formed, and in 1929, the first Grand Prix of Monaco automobile race was held.  He also collected artifacts of Napoleon Bonaparte, which are now displayed in the Napoleon Museum in Monte Carlo.