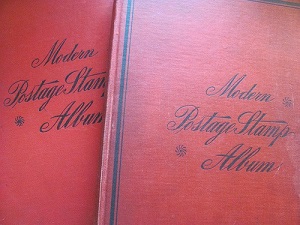 "I just inherited my grandfather's stamp collection".  In the years since I first created this website, I have received many hundreds of web inquiries that begin with the line shown above.  This line is usually followed by "how can I find out its value" and / or "where can I go to SELL it". 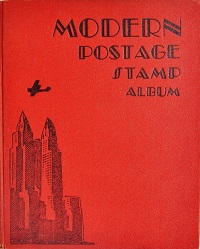 People that are not really familiar with the philatelic marketplace have a misconception of "value", based on the "age" of a collectible.  Many people consider that if a stamp is over 90 years old, it must be worth a lot of money.

The Imperforate US 3 Cent Issue of 1851, that I used to specialize in, though a little bit pricey these days, is a good example.  Between 1851 and 1857, it has been estimated that over 4 billion of them were printed and sold, and 165 years later, used condition examples are still very common.

The truth is that many of the stamp collections that were begun by children or young adults 90 years ago may not have actually appreciated in value at all!  To understand this, one must take a look at the time periods in which these stamp collections were assembled.

The advent of the Worldwide Great Depression, at the end of 1929, was devastating, and the economic hardships it caused would continue well into the 1930's.  Many nations, including the USA, were forced to abandon their monetary systems.  Currencies, formerly backed by bullion reserves, were replaced by new currencies backed only by "faith" in the federal governments, and within a few years, gold and (eventually) silver coinage would completely disappear.

It is true that there were some very wealthy stamp dealers and stamp collectors spending thousands of dollars on classical world rarities during this time period, but they were very few in number.  Around the World, most working-class families had very little, if any, disposable income, and their children had only what the parents could afford to give to them.

So, how did a kid begin a stamp collection?  The easiest ways were as follows.

Of course, the Internet, Google, and Wikipedia were not around during much of the 20th Century, so in order to learn about the many subjects shown on postage stamps, the novice collector had to go to a school or public library and search for the subjects in an encyclopedia or other reference book.  During this era, most families could not afford a luxury item such as their own set of encyclopedias. 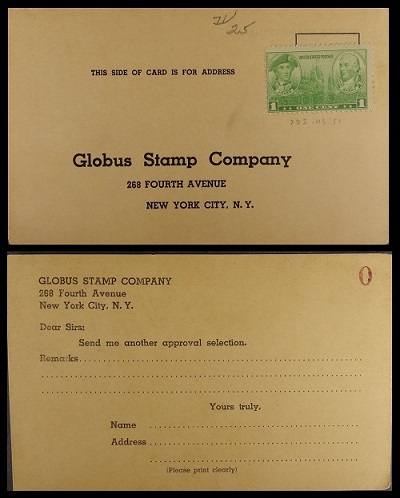 Some of the major stamp companies of the time frequently advertised their approval services in major magazines and newspapers.  These companies would mail selections of inexpensive sets of stamps to the collector.  The collector could then take the sets that he wanted, submit payment for them, and then mail the balance of the approval selection back to the stamp company.

For many young collectors that did not have a near-by stamp store to visit, this was their only way of acquiring new stamps for their albums.

When my father collected stamps, during the 1930's and 1940's, he bought many of his stamps on approval from Globus Stamp Company.  When he gave his stamp collection to me, in about 1959, I continued to use Globus Stamp Company, and later H. E. Harris & Co., as a source for many of my own US and foreign stamps.

Common used US and foreign stamps, that have been sold in packets or featured in penny-boxes in stamp stores, are what we refer to now as penny-stamps, and in most cases, they are still penny-stamps today.  These are the stamps that have the "so-called" minimum retail-price of $0.25 in the current editions of the Scott Catalogue.

In most cases, when selling a stamp collection containing commemorative stamps issued since 1936, one must take these factors into account.  The bottom-line?  When evaluating collections of this type for purchase, most dealers count the mint US stamps at face-value (often reluctantly, as they are probably already over-stocked).  Mint foreign stamps are usually counted at their face-value, converted to US Dollars.  The used stamps, unless they have substantial catalog value, are usually not counted at all.  Stamps that have substantial catalog value are usually counted at 10% - 15% of their catalog value.

So, WHERE IS THE REAL "VALUE" in "MY GRANDFATHER'S STAMP COLLECTION"?  Many adults may have trouble with this concept, but the average eight-year-old kid that has just been introduced to stamp collecting could probably figure it out in just a few seconds!

Return to Selling Stamps from
My Grandfather's Stamp Collection