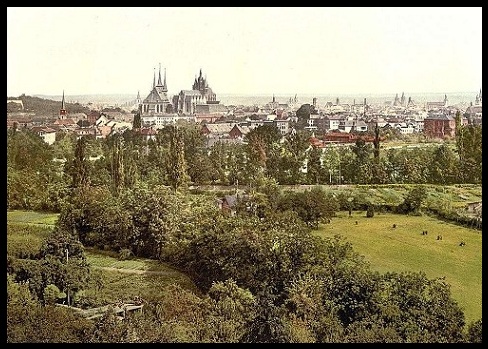 The Soviet zone state of Thuringen, or Thuringia in English, has been continuously inhabited since the beginning of the 4th Century.

In 1945, the state of Thuringen was expanded by the Soviets to include parts of Prussian Saxony and the areas around Erfurt, Mühlhausen, and Nordhausen. Erfurt, which dates back to the 8th Century, became the new capital of the East German state. 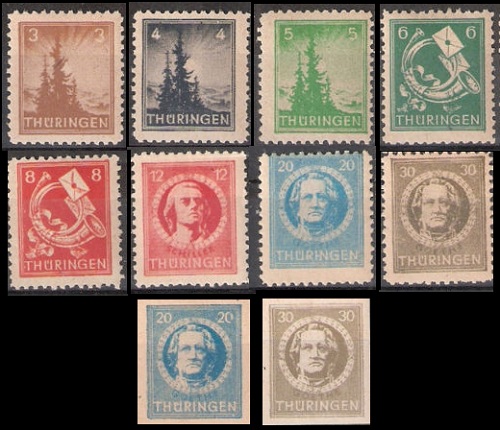 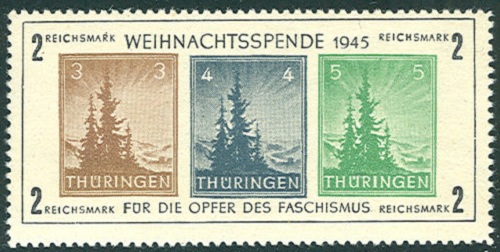 The souvenir sheet shown above (Mi. Block 1, Sc. #16N3a) was issued on December 18 to celebrate both Christmas and Anti-Fascism. 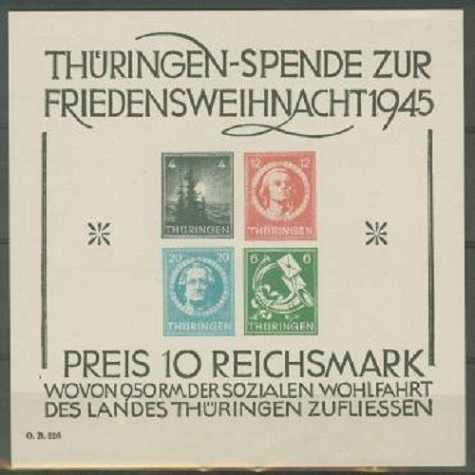 The top of the sheet is inscribed SPENDE ZUR FRIEDENSWEINACHT 1945 or FUND FOR A PEACEFUL CHRISTMAS 1945, and the bottom of the sheet is inscribed WOVON O.50 RM DER SOZIALEN WOHLFAHRT DES LANDES THURINGEN ZUFLIESSEN or TO KEEP THE SOCIAL WELFARE FLOWING THROUGH THE STATE OF THURINGEN. This special charity sheet sold for ten Reichsmarks, of which 0,50 RM went for the lands of Thuringia. 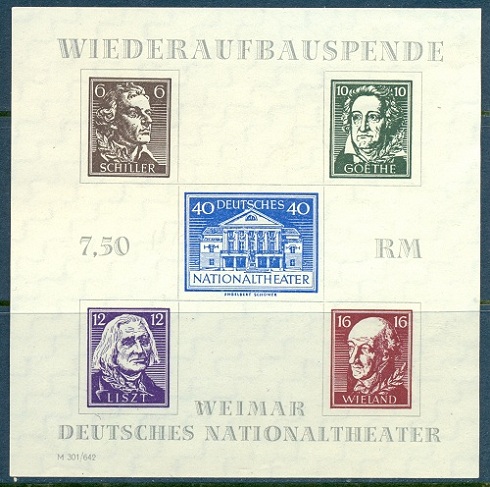 The souvenir sheet shown above was issued on March 27, 1946 to raise money for the reconstruction of the National Theatre in Weimar. The sheet was issued both imperforate (Mi. Block 3A, Sc. #16N9) and rouletted (Mi. Block 3B, Sc. #16N9f), and it sold for 7.50 Reichsmarks. 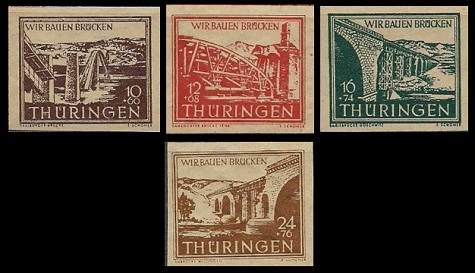 The set of imperforate stamps shown in the image above (Mi. #112-15, Sc. #16NB1-4) was issued March 30 to publicize the reconstruction of bridges in the Soviet zone state of Thuringen. The surtax went to aid in the reconstruction projects.

The four stamps depict the Saalburg Bridge, the Camsdorf Bridge in Jena, the Goschwitz Bridge, and the Ilm Bridge in Mellingen.