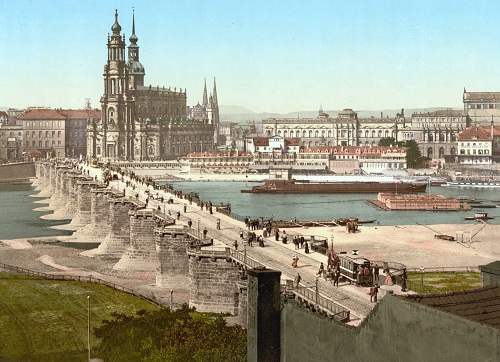 Dresden in around 1870
From an old Postcard

The Soviet zone state of East Saxony issued its own stamps from 1945 to 1946.

The capital of East Saxony was Dresden. The city of Dresden, which dates back to the 12th Century, was the European center of art, classical music, culture, and science, and the residence of dukes and kings, until February 12, 1945, when it was completely demolished by relentless Allied fire-bombings. 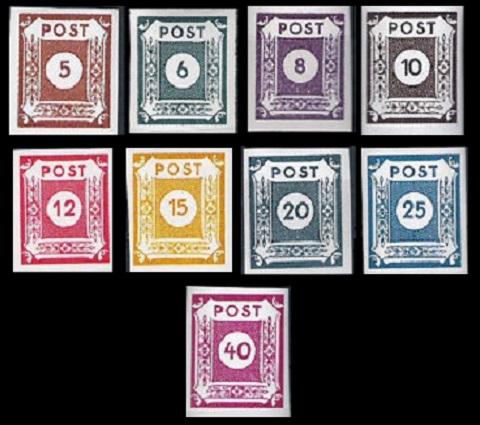 Some postmasters had their new stocks of imperforate stamp sheets privately perforated or rouletted, to facilitate their separation at post offices. This resulted in many privately produced varieties of these stamps, most of which are very scarce. Please consult the Michel Deutschland-Spezial-Katalog for detailed listings of them. 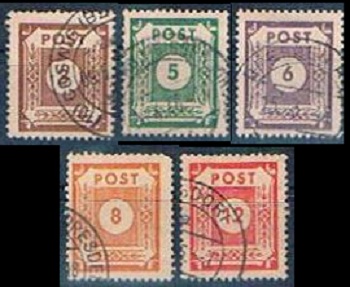 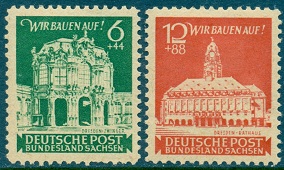 The two charity stamps shown in the image above (Mi. #64-65, Sc. #15NB1-2) were issued in February 1946 to raise money for reconstruction. The stamp on the left depicts the Zwinger in Dresden. The Zwinger was part of the old Baroque Fortress of Dresden, of which only a partial wall remains. The stamp on the right depicts the new City Hall in Dresden. 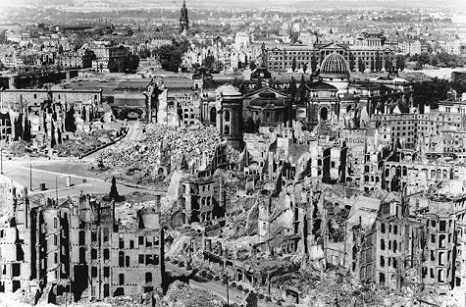 Dresden in late 1945
From: The Bundesarchiv