The Saarland commemorative stamp issues for 1949 are shown in the image above.


The stamp at the bottom left (Mi. #264, Sc. #203) was issued on April 1 to commemorate the 1st Anniversary of the establishment of the Saar University in Saarbrücken.

The stamp design depicts a caudecus, microscope, Bunsen burner, and a book.

The stamp designs depict a mare with a foal and race horses. 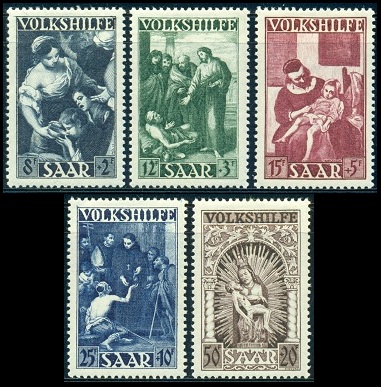 In 1949, the postal administration resumed its practice of issuing an annual set of charity stamps each Winter, featuring details of classical works-of-art. 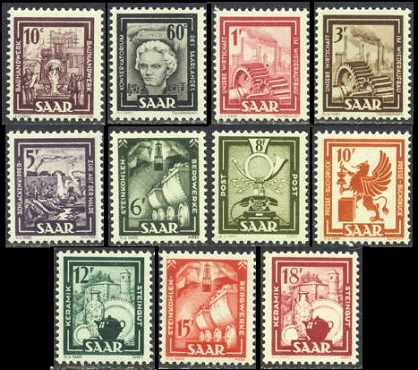 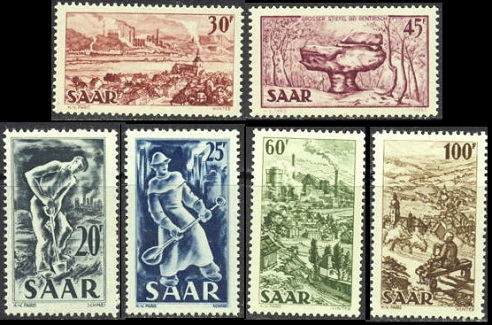 The seventeen new definitive postage stamps shown in the images above (Mi. #272-88, Sc. #204-20) began appearing in December 1949, with additions continuing though June 1951. The themes of this new definitive series are portraits, industry, and landscapes. The legend on these new stamps has been changed to "SAAR" from the "SAARPOST" utilized for the previous definitive stamp series.