The definitive-type stamps issued in 1891 for the Silver Jubilee of King Carol I will be found in the "Definitives" page containing that year. 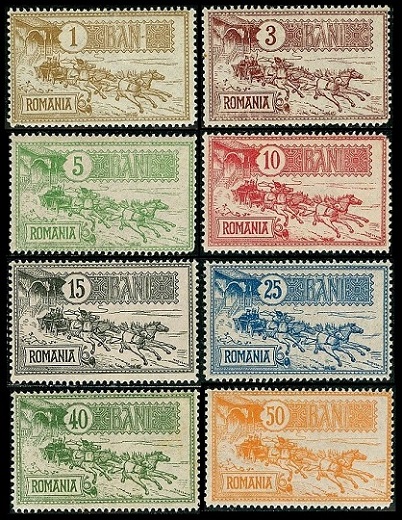 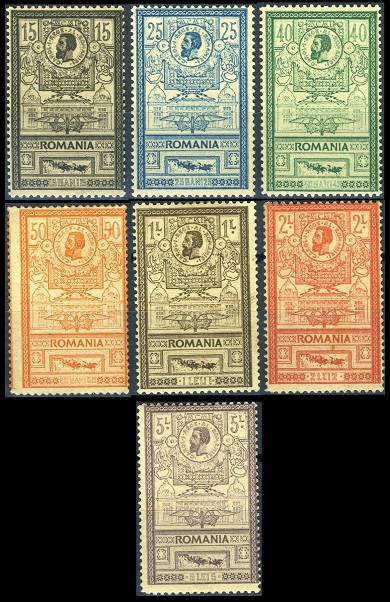 The fifteen Romanian stamps shown above (Sc. #158-172) were issued during April and May of 1903 to celebrate the Opening of the New Post Office in Bucharest.

The design of the horizontally oriented stamps features a mail coach leaving a post office.

The design of the vertically oriented stamps features a medallion with the portrait of King Carol I and the facade of the new post office building.

Forgeries of these Romanian stamps do exist, so one should take care when buying them, especially with the higher priced denominations. 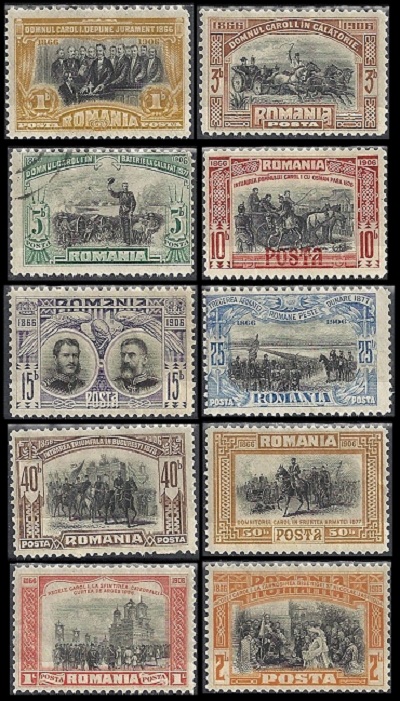 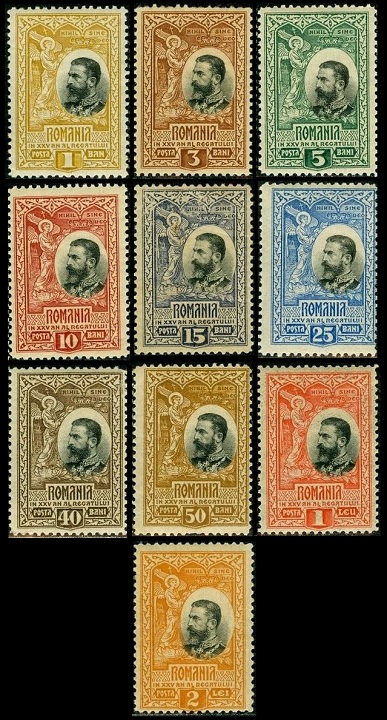 The ten Romanian stamps shown above (Sc. #186-195) were issued in June 1906 to celebrate the 25th Anniversary of the establishment of the Kingdom of Romania and of the Coronation of King Carol I. 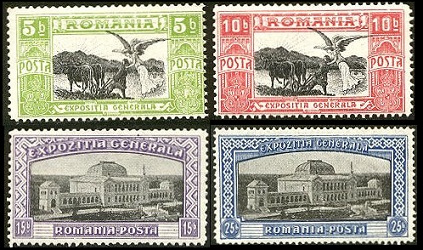 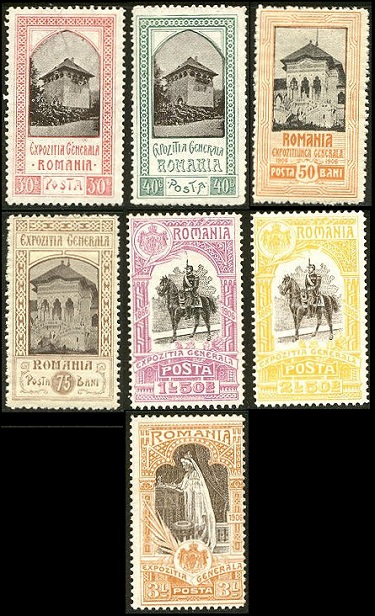 The eleven pictorial Romanian stamps shown above (Sc. #196-206) were issued to publicize the Romanian General Exposition of 1906.  These stamps were sold at post offices in Romania, from July 29 to July 31, 1906, and they were only valid for postage on those three days.  Thus, they are scarce.

The designs of the Romanian General Exhibition stamps are as follows:

The mint and favor-canceled sets of these stamps sold at the Romanian General Exhibition were all overprinted with the letters " S E ".  An example is shown above.  The stamps with this overprint are very scarce, being worth more than twice the price of the regular pictorial stamps without the overprint. 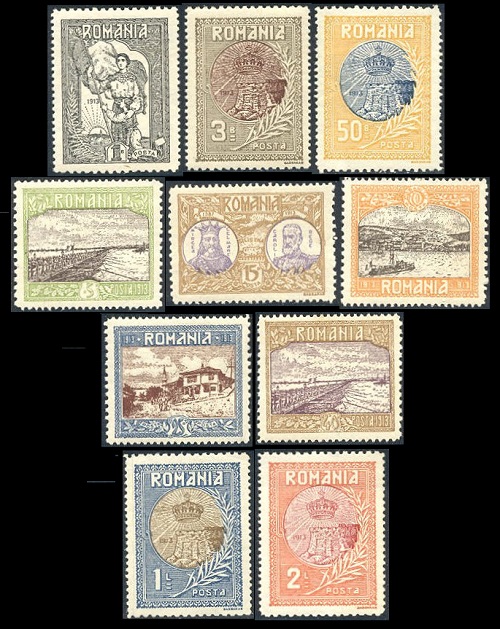 The ten Romanian stamps shown above (Sc. #230-239) were issued on December 25, 1913 to celebrate Romania's Annexation of Silistra.

Silistra is a very important and strategic port city at the conjunction of the Danube River and the Black Sea.  From ancient times, when it was part of Thrace, this town of a little over sixteen square miles has been one of the most hotly contested pieces of real estate in the Balkans.

Following the Second Balkan War in 1913, the St. Petersburg Conference awarded Silistra to the Kingdom of Romania.  Bulgaria re-occupied the town during the later part of World War I, but after the war, it was returned to Romania.  At the beginning of World War II, in 1940, the Treaty of Craiova returned the town to Bulgaria, and today, Silistra is still part of the Republic of Bulgaria.