Modern-day collectors usually begin collecting by visiting their local post office or by saving the colorful stamps that are affixed to mail they receive.

Beginning collectors today have a multitude of beautiful commemorative stamps within their grasp.  They are excited about postage stamp collecting, but at the same time, they have some issues about how they should preserve their newly discovered treasures.

I receive many web inquiries from novice collectors that are confused about how to collect modern postage stamps that they get in the mail.  We don't want to lose any new collectors, because they can't find answers to their questions, thus this article on collecting self-adhesive stamps is imperative. 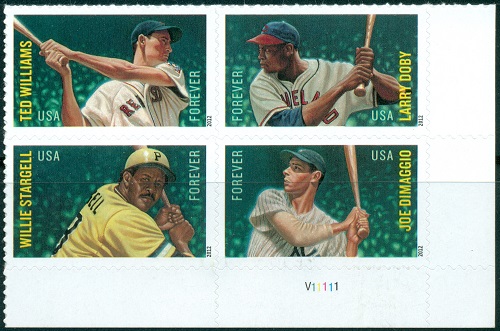 Self-adhesive stamps can be peeled off the backing-paper and affixed to envelopes with ease, saving the consumer from moistening or licking the gum on the back of the postage stamp.  This is a great idea for postal consumers, but it is a very bad idea for stamp collectors.

Self-adhesive postage stamps have been around for almost a quarter of a century now.  The US Postal Service even experimented with self adhesive Christmas stamps back in 1974.  The experiment was a philatelic disaster, but then, manufacturing technology has improved greatly since then.

Postage stamp collecting, with MINT condition self-adhesive postage stamps, for the most part, is EASY.  Just separate the stamp or block from the sheet or booklet, with the backing paper on it, insert it into a plastic mount, then mount it in your album!

Here is an excellent guide on how to separate mint self-adhesive stamps from booklets, for mounting as singles in an album. 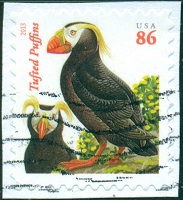 Postage stamp collecting, with USED condition self-adhesive postage stamps, can be problematic.  There has been much debate over this problem in recent years.  The adhesives used by some countries, such as Germany, will easily dissolve, when the stamps are soaked in warm water, allowing the  stamp to be dried, pressed, and hinged or mounted into a collector's album with no problem.

Many countries use adhesives that will not dissolve in warm water.  When stamps with these adhesives are soaked and attempt is made to remove the sticky adhesive substance from the back of the stamp, the stamp will ultimately be destroyed.  US self-adhesive stamps are like this.  In fact, they are intentionally manufactured that way, so the stamp will disintegrate, if an attempt is made to soak it off the envelope.  This is a security measure, intended to prevent someone from peeling an un-canceled stamp off of an envelope and then reusing it for postage again.

I recently had a web inquiry from a new stamp collector in Australia stating as follows:

Actually, this collector has the perfect answer to the problem ... "don't even bother with it anymore".  There is an article I read about the same subject in the November 2013 American Philatelist, the magazine of the American Philatelic Society.  The author of the article had the very same solution.  This seems to be the trend to collecting modern self-adhesive postage stamps in used condition.  To reiterate ....

Just cut the stamp out of the envelope, making a tiny paper margin around the outside edges of the stamp.  The used stamp can now be hinged or mounted on the album page without any problem.  I created the scan of the modern US definitive postage stamp shown above, to illustrate this process. 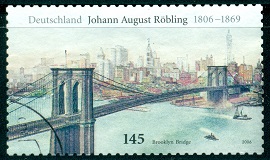