Stamp catalogs refer to the pictorial Portugal stamps issued between 1926 and 1928 as the "Independence Issues".  This broad term is not very clear though.  Most of these pictorial stamps actually commemorate two historical events that are approximately 500 years apart.

The first historical event is the creation of the Kingdom of Portugal, which resulted in independence from the Moorish Caliphate and the Kingdom of Leon during the 12th Century.

The second historical event is the restoration of Portuguese independence (from Spanish domination) during the 17th Century.

Some of the other stamps in this series even commemorate events from Portugal's war with the Kingdom of Castile during the 14th Century and the invasion of the Iberian Peninsula by French forces under Napoleon Bonaparte at the beginning of the 19th Century.

A better name for this series of Portugal stamps might be the  Portuguese Wars of Independence throughout their History.


The multiple-subject large commemorative sets of Portugal stamps shown on this page are grouped by design type, instead of the usual ascending order by denomination.  Hopefully, this will enable the design description tables to occupy less space, and it will make the descriptions much easier for website visitors to follow. 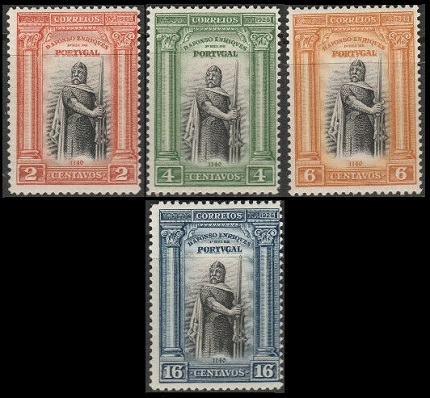 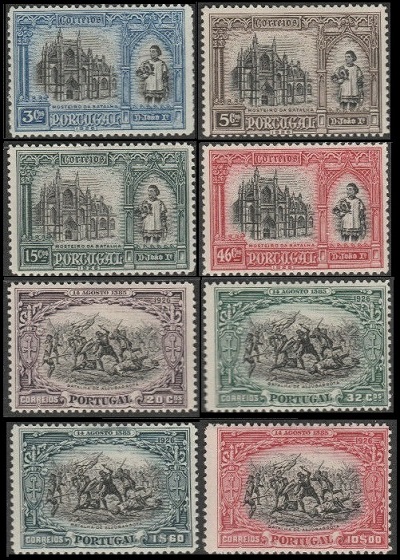 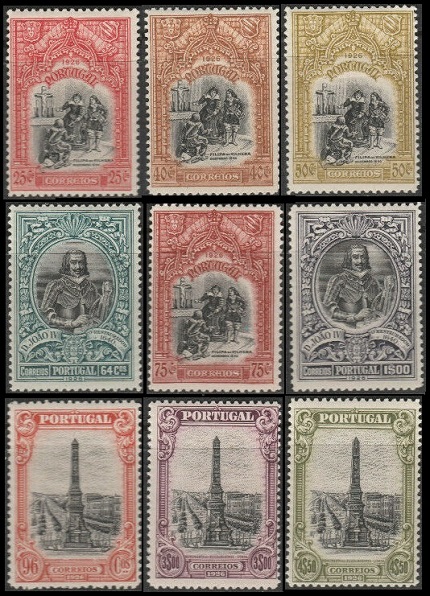 The thirty-one pictorial Portugal stamps shown above (Sc. #377-397) were issued on August 13, 1926 to commemorate the Portuguese Wars of Independence throughout their History.

This set is referred to as the First Independence Issue. 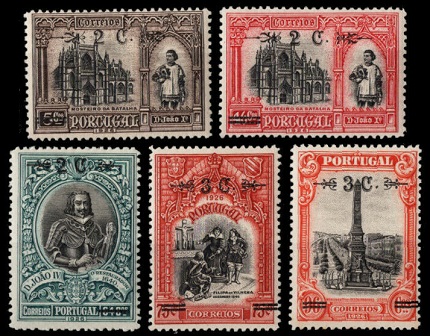 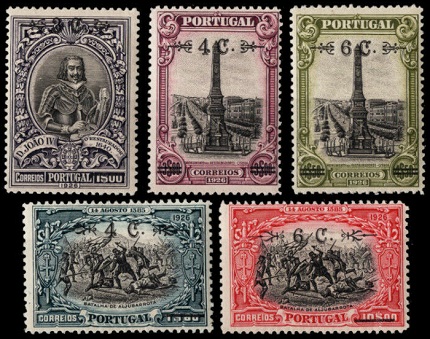 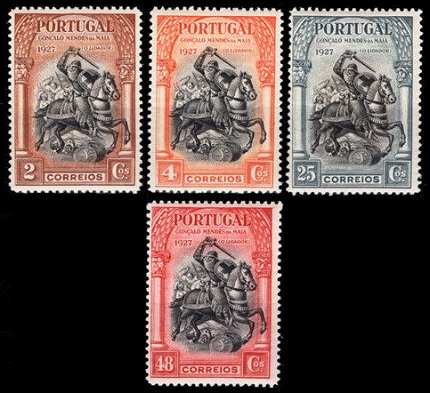 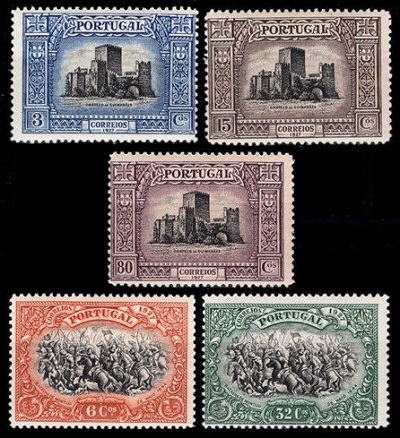 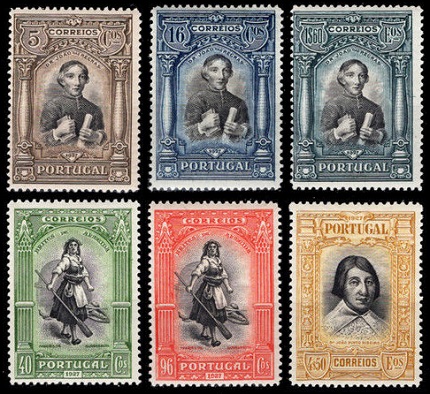 The fifteen pictorial Portugal stamps shown above (Sc. #422-436) were issued on November 29, 1927 to commemorate the  Portuguese Wars of Independence throughout their History.

This set is referred to as the Second Independence Issue. 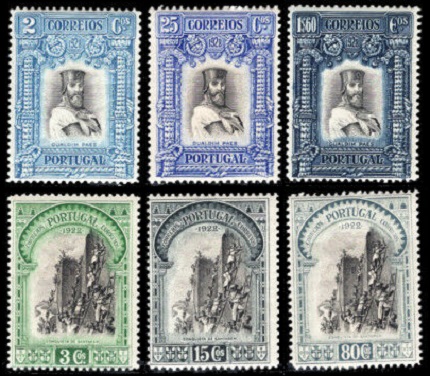 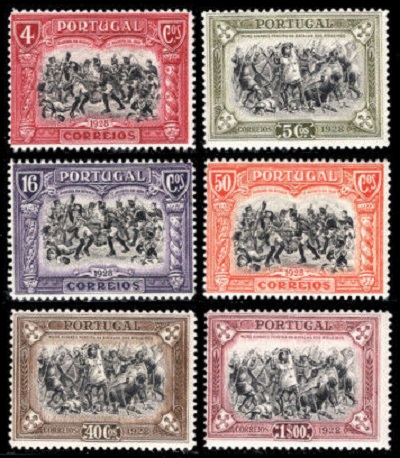 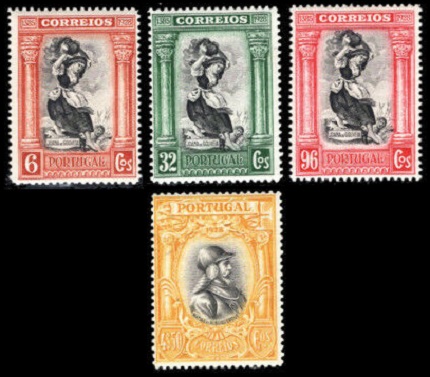 The sixteen pictorial Portugal stamps shown above (Sc. #437-452) were issued on November 28, 1928 to commemorate the  Portuguese Wars of Independence throughout their History.

This set is referred to as the Third Independence Issue.


Return to Portugal Stamps from
Commemoratives of 1926-1928 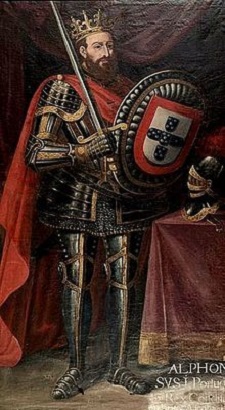 Alfonso I
The First King of Portugal

Count Alfonso led a series of campaigns against persistent raids by the Moors in the southern part of the County of Portugal.  At the Battle of Ourique, on July 25, 1139, the forces of Alfonso won an overwhelming victory against the Moors.

Following the victory at Ourique, Alfonso was acclaimed as the "King of the Portuguese" by his soldiers, in effect, declaring their independence from the Kingdom of Leon.

In 1179, after many years of political posturing with the hierarchy of the Catholic Church, Pope Alexander III finally acknowledged Alfonso I as a king and Portugal as an independent crown.  Blessed by the Church, Portugal then officially became an independent kingdom. 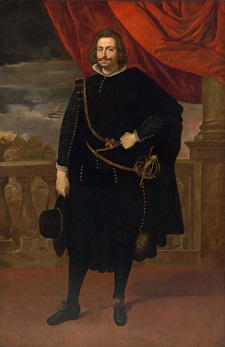 The reign of King John IV led to Portugal's independence from Spanish rule, marking the end of the 60-year-old Iberian Union, by which Spain and Portugal shared the same monarch.