Commemorative Portugal stamps first appeared in 1894, celebrating the early days of Portuguese global exploration and the beginnings of the Portuguese colonial empire. 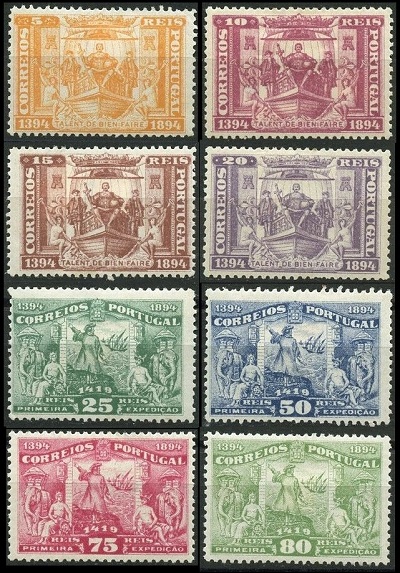 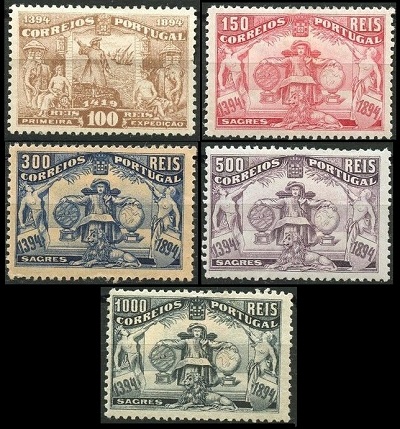 The thirteen commemorative Portugal stamps shown above (Sc. #97-109) were issued on March 4, 1894 to celebrate the 500th Anniversary of the Birth of Prince Henry the Navigator.

The three designs, in the order that they appear in the set, are as follows: 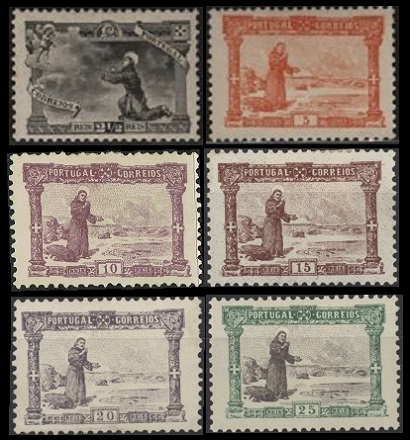 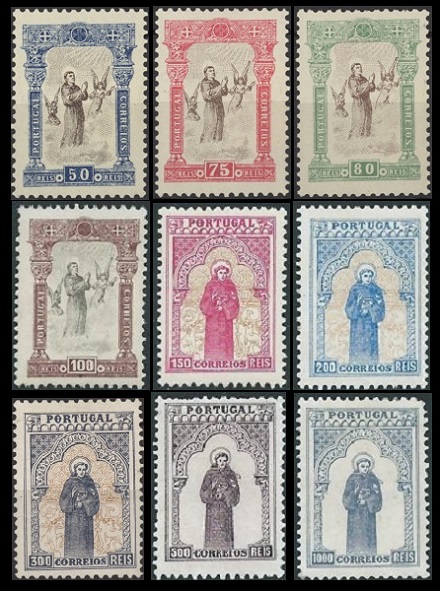 The fifteen commemorative Portugal stamps shown above (Sc. #132-146) were issued on June 13, 1895 to celebrate the 700th Anniversary of the Birth of St. Anthony of Padua.  A Latin eulogy is printed on the back of each of the stamps.

The four designs, in the order that they appear in the set, are as follows:

Fernando Martins de Bulhões (1195-1231), also called Anthony of Padua and Anthony of Lisbon, was a Portuguese Catholic priest and friar of the Franciscan Order.  Though he died in Padua, Italy, he was born and raised in a wealthy family in Lisbon.  He was noted by his contemporaries for his forceful preaching and his expert knowledge of  the scriptures. 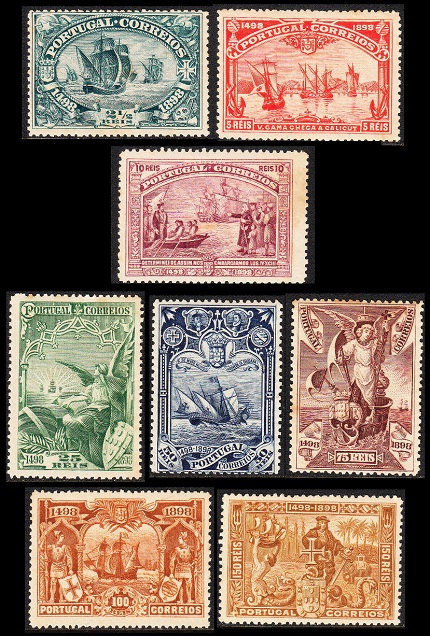 The eight commemorative Portugal stamps shown above (Sc. #147-154) were issued in April 1898 to celebrate the 400th Anniversary of the Discovery of the Sea Route to India by Vasco da Gama.

The eight designs, in the order that they appear in the set, are as follows: 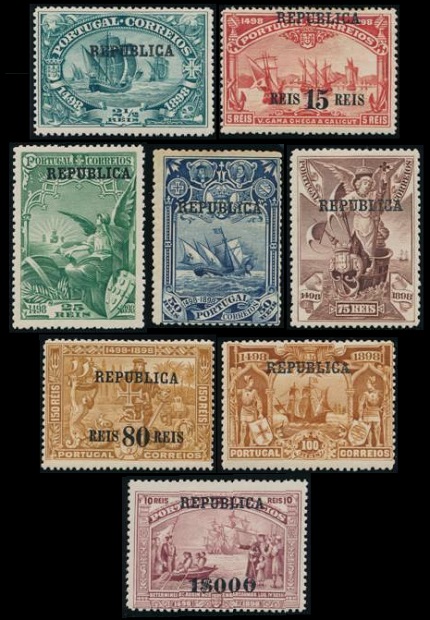 The eight Vasco da Gama commemorative Portugal stamps shown above were overprinted REPUBLICA and / or re-valued (Sc. #185-192) during 1911.

An additional eight Vasco da Gama commemorative stamps of Madeira were also overprinted REPUBLICA and / or re-valued for use in Portugal (Sc. #199-206) during 1911.  They are not shown here.


Return to Portugal Stamps from
Commemoratives of 1894-1911 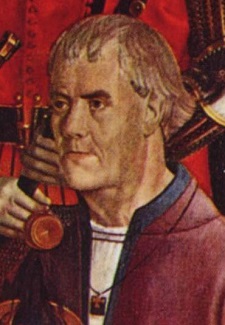 Prince Henry the Navigator
From a 15th Century Panel

Prince Henry the Navigator (1394-1460) is considered the initiator of what is called the Age of Discovery and the progenitor of the Portuguese Empire.  He was responsible for the early development of Portuguese trade with the other continents, through the exploration of Western Africa, exploration of the islands in the Atlantic Ocean, and the search for new trade routes.

Of course, in the early 15th Century, no European would have dared to try to sail Westward to the boundary of the Atlantic Ocean.  Europeans, at the time, considered the Earth to be a flat plain, not a sphere.  It wouldn't be until the end of the century that the voyage of Christopher Columbus would prove that wrong! 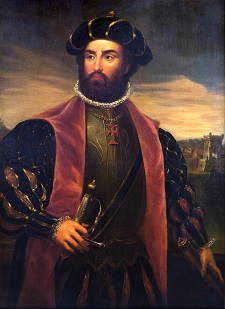 Vasco da Gama (1460-1524) is considered the greatest of Portuguese explorers.  In 1497, he became the first European to navigate around the Southern tip of Africa and to reach India by sea!  His accomplishment established the sea route from Europe to India and the Orient, and it enabled Portugal to establish a long-lasting colonial empire in Asia.

Though much of the Portuguese Empire faded away during the 19th and 20th Centuries, it endured for almost 600 years, from the capture of the city of Ceuta (Morocco) in 1415 to the handover of Macau to the Peoples Republic of China in 1999.  None of the other European colonial empires have ever lasted that length of time.