The first Portugal stamps, for the prepayment of postage on letter mail, were issued during 1853.  The very rare 100 Reis denomination is shown above.

In Ancient times, present-day Portugal was part of the Roman Imperial Provinces of Lusitania and Gallaecia.  Their later history, with the Gothic and Moorish invasions, roughly paralleled that of their neighbor Spain.

Portugal was a major European maritime and colonial power, almost 100 years before the discovery of the New World by Christopher Columbus. 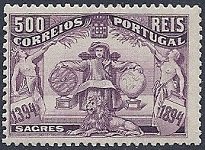 Prince Henry the Navigator (1394-1460) is considered the initiator of what is called the Age of Discovery and the progenitor of the Portuguese Empire.  He was responsible for the early development of Portuguese trade with the other continents, through the exploration of Western Africa, exploration of the islands in the Atlantic Ocean, and the search for new trade routes.

Of course, in the early 15th Century, no European would have dared to try to sail Westward to the boundary of the Atlantic Ocean.  Europeans, at the time, considered the Earth to be a flat plain, not a sphere.  The general consensus was that if one sailed to the edge of the Atlantic Ocean, they would fall off the edge of the Earth and into oblivion.  It wouldn't be until the end of the century that the voyage of Christopher Columbus would prove that wrong!

The Portuguese Empire would eventually profit from the Spanish discovery of the New World, as well.  It was there that they established what would be their greatest colony ..... Brazil!

Vasco da Gama (1460-1524) is considered the greatest of Portuguese explorers.  In 1497, he became the first European to navigate around the Southern tip of Africa and to reach India by sea!  His accomplishment established the sea route from Europe to India and the Orient, and it enabled Portugal to establish a long-lasting colonial empire in Asia.

Though much of the Portuguese Empire faded away during the 19th and 20th Centuries, it endured for almost 600 years, from the capture of Ceuta in 1415 to the handover of Macau to the Peoples Republic of China in 1999.  None of the other European colonial empires have ever lasted that length of time. 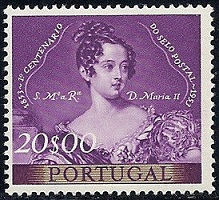 Some collectors like making a specialty of just the Ceres type definitive stamps of 1912 to 1931.  There are about 200 major varieties of them, just for Portugal.  AND each of the Portuguese colonies used the same type for their definitive postage stamps of that period, as well! 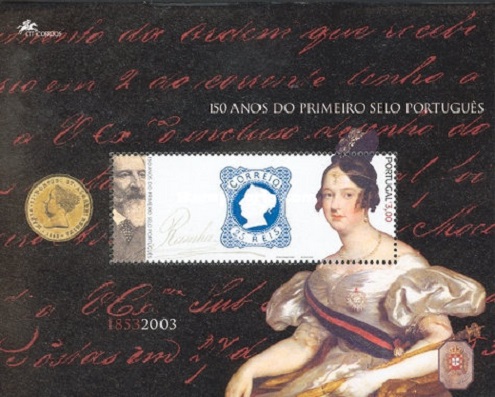 Links to historical articles and reviews of each of the individual classical and early modern postage stamp issues of Portugal will eventually appear at the top of the third column of this page.

A Word of Warning!

Reprints and forgeries exist of most of the classical definitive postage stamps of Portugal.  When considering the purchase of any higher priced stamps that are being offered as originals, one should only purchase stamps that have been properly authenticated or that are represented as being authentic by dealers that are experienced in Portuguese philately.