A finely executed series of pictorial definitive Polish stamps began to appear during 1935.  Most of these new definitive stamps featured contemporary Polish landmarks, and they would continue in use, until the end of the Second Republic of Poland in September 1939. 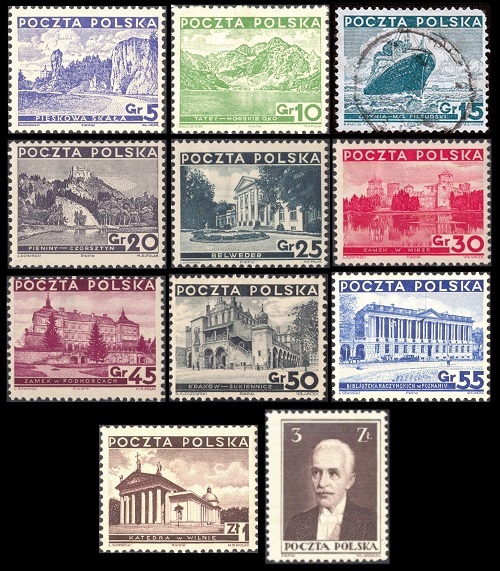 The major designs, in the order that they appear in the set, are as follows: 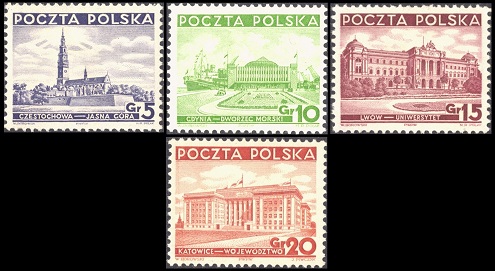 The four additional pictorial definitive Polish stamps shown above were issued during 1937.  These stamps are all engraved, and they are perforated 12 1/2.

The major designs, in the order that they appear in the set, are as follows: 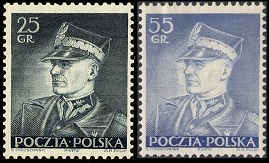 The common design features the portrait of Marshal Edward Smigly-Rydz (1886-1941).  He was promoted to the position of Marshal of Poland by President Moscicki on November 10, 1936, following the death of Marshal Pilsudski.