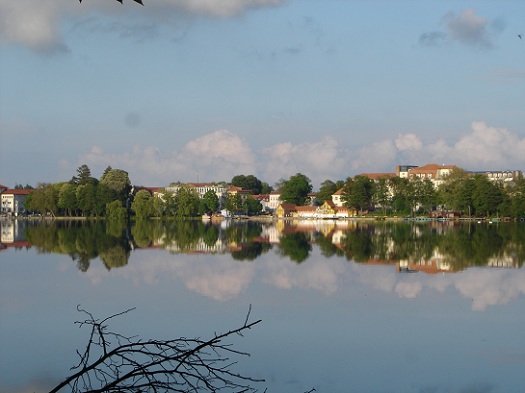 View of Strausberg
By: Arne Hückelheim - From: Wikimedia

Local stamps for Strausberg, of an "official" nature, were issued at the beginning of 1946. These charity stamps were valid for postal use.

Strausberg has existed since the 13th Century. It is located in east Germany, about 30 km. east of Berlin, very near to the Polish border.

During 1945, remaining stocks of the definitive and commemorative stamps of the Third Reich were overprinted with "Stadt / Strausberg" and various other obliterations. Michel lists these in their Local Issues section but notes that they were privately produced, unauthorized postage stamp issues. Though they were unofficial issues, most of them exist postally used. Many of them are very scarce, especially in used condition.

The local stamps shown in the two images above were issued on January 30, 1946 to raise funds for the post-war reconstruction of Strausberg. The four denominations were issued se-tenant in sheets of 20, and the postal surtaxes went towards the reconstruction effort. The set was issued both perforated 11 1/2 and imperforate, as shown above.

For the specialist, a number of plate varieties, as well as proofs, exist for this issue.

The two souvenir sheets shown below were also issued for this event. They were printed in violet blue and in black, and they exist in two types, with them being differences in the framework around the stamps -- the prices are the same for each type. These souvenir sheets were only issued imperforate. 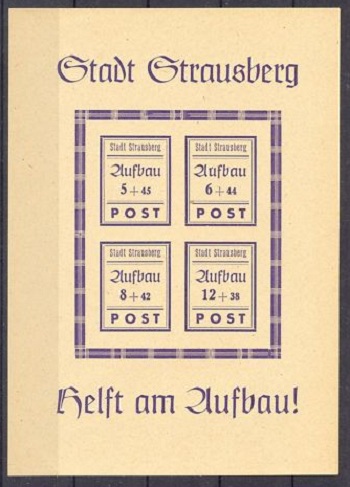 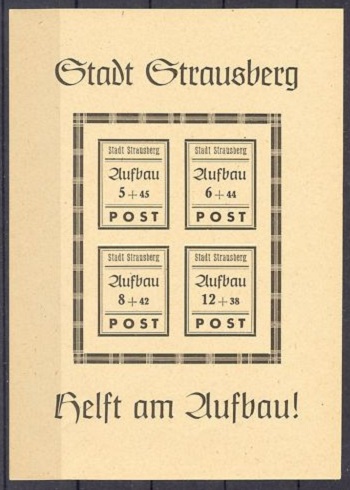