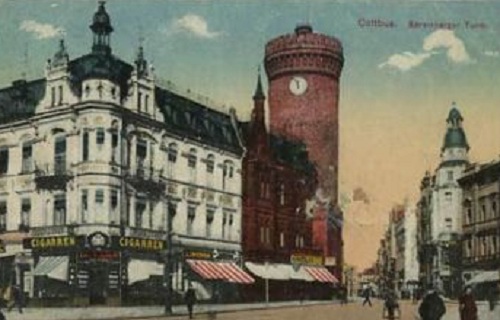 Cottbus
From an Old Postcard

Local stamps were produced during 1946 for the Soviet occupation zone town of Cottbus in Brandenburg. It is situated SE of Berlin on the Spree River.

Cottbus dates from the 10th Century, when the Sorbs built a castle on a sandy island in the Spree River. During Medieval times, the town was known for its wool industry, and drapery products from Cottbus were exported all over Europe. Today it is the site of the annual Eastern European Film Festival. 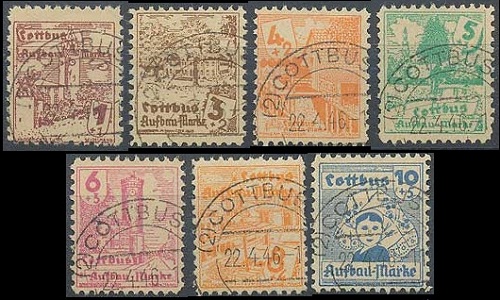 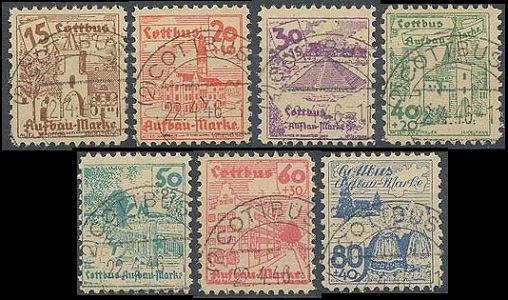 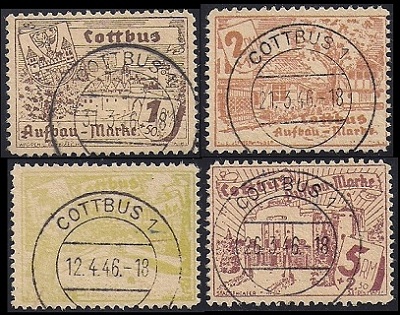 The set of local stamps shown in the images above were issued in January 1946. The surcharged stamps feature city and district scenes, and they are inscribed Cottbus / Aufbau Marke or "Cottbus / Reconstruction Stamp" in English. These stamps were all perforated 11, though many of them exist imperforate. The funds from the sale of the stamps went for reconstruction projects in the Cottbus area.

The depictions on the stamps are as follows:

The Mark denominations also exist without the "faint under-printing". These are a little scarcer than the originally issued stamps. 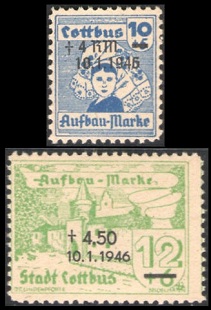 For Stamp Day in 1946, seven denominations of the previous set were overprinted, in different styles, with a date and a new surcharge value. Two of them are shown in the image above.

The 25 Pf. + 12 Pf. denomination was also re-issued in two new colors, and they were both imperforate. One of the stamps was printed in red orange and the other one in orange yellow.

There are many plate and paper varieties of most of the Cottbus local stamp issues. Refer to the Michel Deutschland Spezial Katalog volume 2 for details.