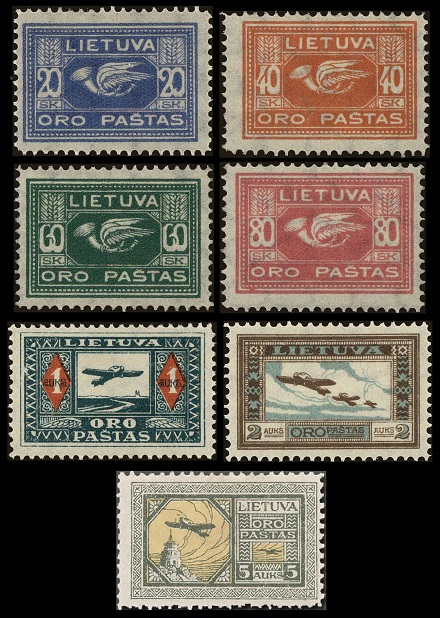 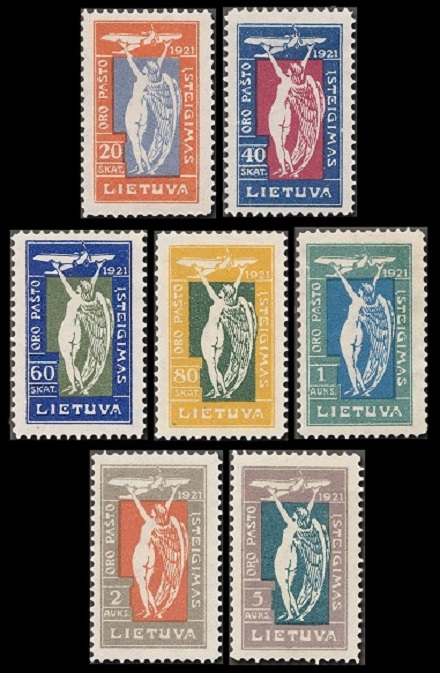 The seven allegorical Lithuania commemorative airmail stamps shown above (Sc. #C8-C14) were issued on November 6, 1921 to celebrate the Inauguration of Airmail Service in Lithuania on June 25 of that year.

The stamps are inscribed "ORO PASTO ISTEIGIMAS" or "AIRMAIL ESTABLISHMENT".  The common design features an allegorical representation of flight, with that being Victory launching an airplane. 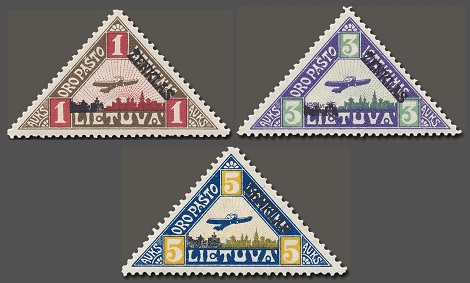 These stamps were originally intended to be part of the Airmail Inauguration set of November 6, 1921, but they were not issued at that time.  When the stamps were finally issued, the word "ISTEIGIMAS" (establishment) was replaced by the word "ZENKLAS" (stamp), and the date, "1921 VI 25", was obliterated by vertical lines.

The common design features an airplane flying above Kaunas. 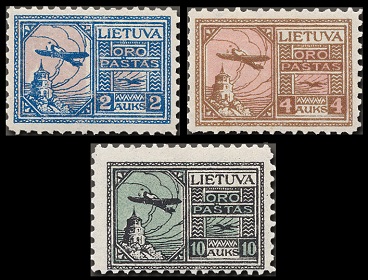 The three high-denomination Lithuania stamps shown above (Sc. #C18-C20) were issued on July 22, 1922.  These new airmail stamps utilize the 1921 Airplane over Gediminas Castle design, but they are smaller in size. 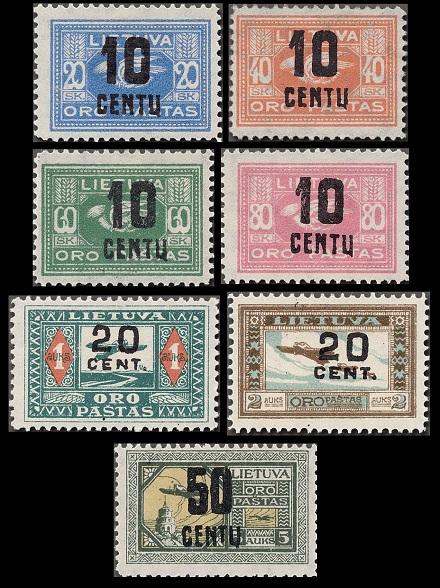 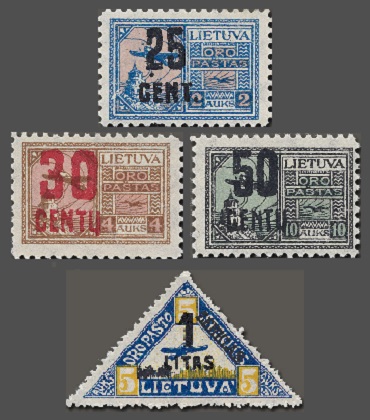 The change-over to the new Litas currency in 1922 also required that existing inventories of many of the airmail stamps issued since 1921 be re-valued in the new currency!

The eleven overprinted and revalued Lithuania airmail stamps shown above were issued during 1922.  The overprints are in black or carmine.

Their Scott catalog attributes are as follows.

Inverted and double overprints exist on some of these stamps. 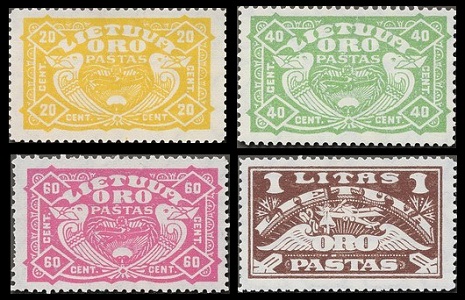 The two common designs feature an airplane and carrier pigeons and an allegory of flight.

The common design features a swallow carrying a letter.

These stamps exist in imperforate-between pairs, and the 60 C. denomination exists with an inverted center. 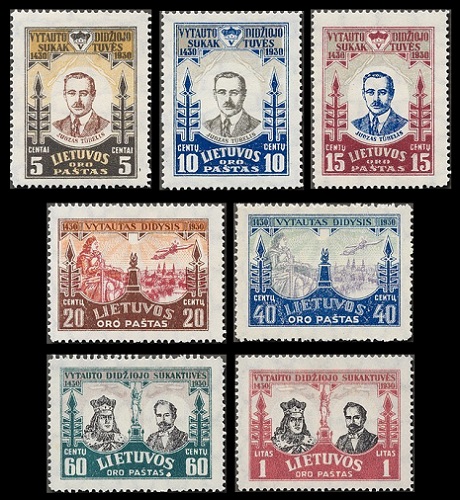 The seven pictorial Lithuania stamps shown above (Sc. #C40-C46) were issued on February 16, 1930 to commemorate the 500th Anniversary of the Death of Grand Duke Vytautas the Great.

Return to Lithuania Stamps from
Airmail Stamps of 1921-1930