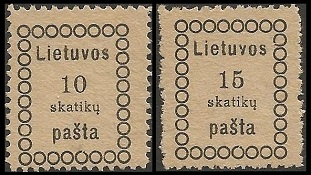 The first Lithuania stamps were produced in December 1918.  The postal service of the Post-World-War I republic required new definitive postage stamps, so perforated type-set sheets of twenty stamps were quickly produced in Vilnius and Kaunas.  The first Vilnius printings are shown in the image above.  Properly produced and much more attractive definitive Lithuania stamps would appear during 1919. 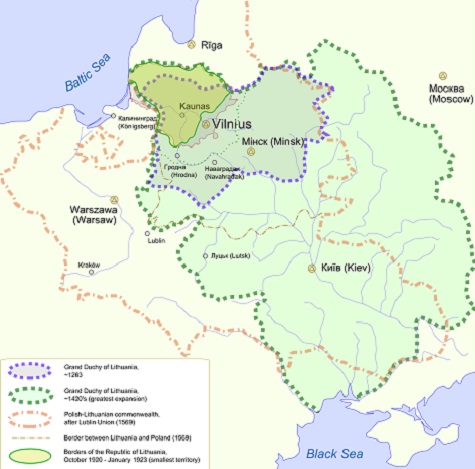 During the 14th Century, the Grand Duchy of Lithuania was the largest country in Europe, stretching from the Baltic Sea to the Black Sea, encompassing the present-day countries of Lithuania, Belarus, Ukraine, and parts of Poland and Russia.  The Polish-Lithuanian Commonwealth was created in 1569, and this unified state dominated Eastern Europe for two centuries, when it was dismantled and annexed by the Russian Empire.

Following the Russian Revolution, in 1918, Lithuania declared its independence.  However, the new Lithuanian republic was very short-lived.  By the terms of the Molotov-Ribbentrop Pact of 1939, the Republic of Lithuania was awarded to the USSR. During World War II, Lithuania was occupied by the army of the USSR (1940), the German army (1941), and then again by the army of the USSR (1944).  In 1945, the former Republic of Lithuania became the Lithuanian Soviet Socialist Republic.

When the Soviet Union collapsed at the end of the 20th Century, Lithuania again became an independent republic, and it is now a prosperous member of the European Union. 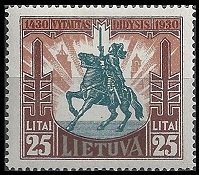