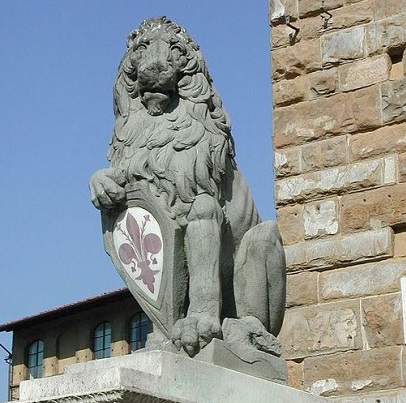 The "Marzocco" or "Lion of Tuscany"
A replica of the original by the Florentine sculptor Donatello c. 1418
Located in the Piazza della Signoria in Florence

The first Italian states stamps of Tuscany appeared during 1851, and they featured a design based on famous symbols of Tuscany and of its capitol, Florence.

The crowned Lion of Tuscany, used by the Grand Duchy of Tuscany for the design of its first postage stamps, is meant to symbolize the "sovereign independence of Tuscany".

The lion holds a shield with what appears to be a Fleur-de-Lis ("Lily Flower").  The Italian name for this symbol is Giglio di Firenze ("Lily of Florence"), but it is NOT ACTUALLY A LILY.  This flower is a stylized Florentine Iris, which grows around the city and has been used as the symbol of Florence since the 11th Century.

Tuscany stamps were printed in sheets of 240 impressions, which were divided into three panes of 80 impressions. 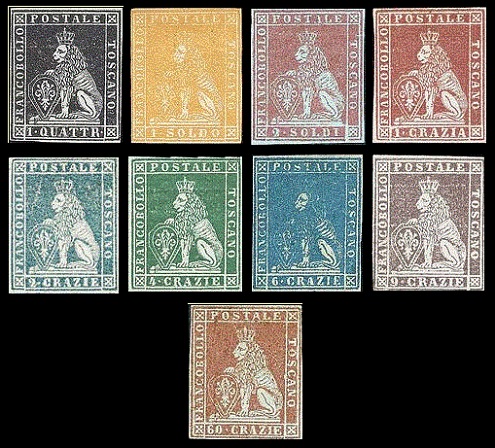 The nine definitive Italian States stamps of Tuscany shown above were issued between 1851 and 1852.  These stamps are typographed on bluish (early printings) to grayish paper (later printings) that is watermarked crowns and separator lines across the sheet, and they are imperforate. 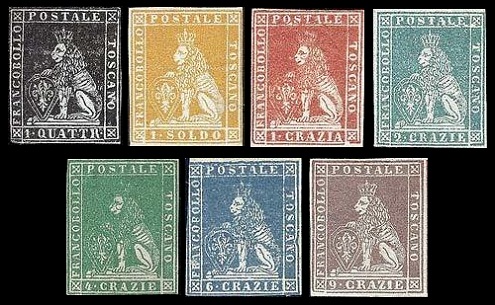 The seven definitive Italian States stamps of Tuscany shown above were issued between 1857 and 1859.  These stamps are typographed on white paper that is watermarked vertical interlaced wavy lines, and they are imperforate.

The 4 Cr. denomination exists with an inverted value tablet at the bottom.  Only one used example is known.  The image from the 1998 Sassone specialized catalog is shown above (Scott #14a, Sassone #14b). 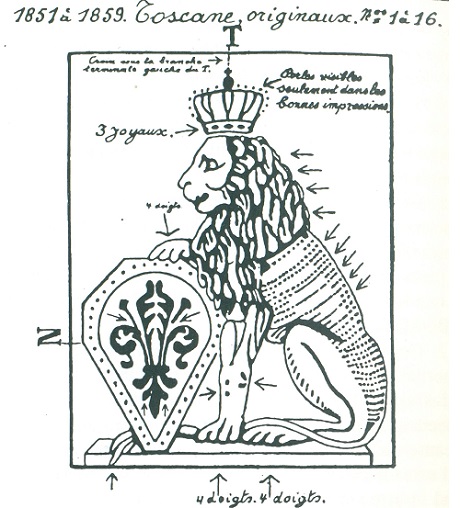 In 1928, Fernand Serrane (1880–1932) wrote that there were about 100 different forgeries of the first sixteen Italian States stamps of Tuscany.  In order to simplify the identification of the authentic Italian States stamps of Tuscany, Serrane suggests authentication by the process-of-elimination and offers the illustration shown above.  The illustration shown above, from the Serrane Guide, features the attributes of the original Tuscany Lion stamps!

The basic properties of the original stamps are as follows.

Serrane suggests the following procedural steps, for use in the elimination of forgeries.

Serrane then offers the following examples of the obvious characteristics of many of the forgeries. 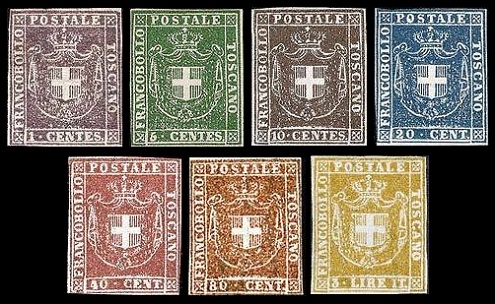 The seven definitive Italian States stamps of the Provisional Government of Tuscany shown above were issued in 1860.  These provisional government stamps are typographed on white paper that is watermarked vertical interlaced wavy lines, and they are imperforate.

The common design features the Coat of Arms of the House of Savoy (Kingdom of Sardinia).  The stamps are denominated in Centesimi and Lire.

There are, of course, forgeries of these provisional Italian States stamps of Tuscany, as well.  The Serrane Guide offers the following notes on the attributes of the original stamps.

The Italian States stamps of Tuscany were replaced by those of the Kingdom of Sardinia in 1861.

Collecting the Italian States stamps of Tuscany can become a very expensive venture.  In the 2017 Scott Standard Postage Stamp Catalogue ....

Bearing this in mind, the collector should only buy stamps that are properly authenticated and / or certified.  If not, they should make sure the seller guarantees the stamp, should they decide to have it authenticated and then find out that it is a forgery. 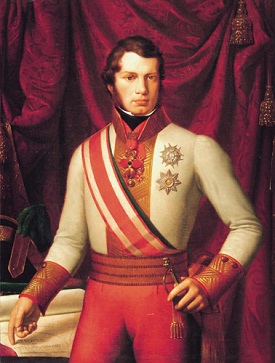 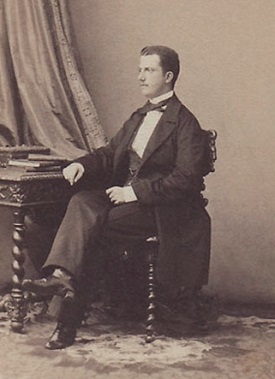 The last two Grand Dukes of Tuscany are shown above.

Grand Duke Leopold II, being related to the House of Hapsburg, had allied Tuscany with the Austrian Empire, in the Austro-Sardinian War against the Kingdom of France and the Kingdom Sardinia.

During the Second Italian War of Independence (Austro-Sardinian War), in 1859, the forces of the Kingdom of Sardinia captured Tuscany.

The Grand Duke fled the country at the beginning of the conflict, leaving the nation in the charge of republican revolutionaries who then established a provisional government.

After the conclusion of the war, Leopold II returned and abdicated, in favor of his son, Ferdinand, who then became Grand Duke Ferdinand IV.  Afterwards, Leopold was deposed, and he and his family moved to Bologna, then in the Papal States.  He died in Rome in 1870.

The reign of Grand Duke Ferdinand IV was very brief.  While still living in Austria, he was deposed by the Tuscan National Assembly on August 16, 1859.  On March 22, 1860, a national referendum was held, and 95% of the electorate voted for union with the Kingdom of Sardinia.  Ferdinand spent the remainder of his life in Austria, where he died in 1908. 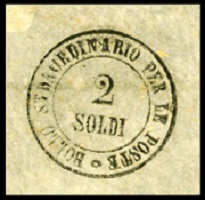 The 2 S. denomination newspaper tax stamp shown above was issued in 1894.  It is typographed on unwatermarked pelure paper, and it is imperforate.

These stamps were used to pay the fiscal tax on newspapers coming from foreign countries.  They were not postmarked, when they were used.

Forgeries of these newspaper tax stamps do exist.