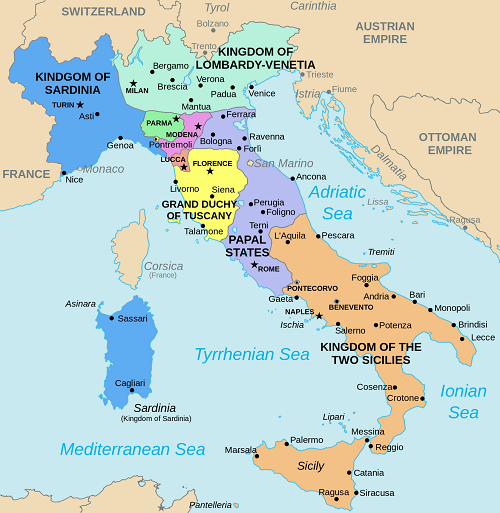 Italy in 1843
From: Wikimedia Commons

Italian states stamps are those issued by the individual kingdoms and duchies of the Italian Peninsula, before and during the Italian unification and before the emergence of the Kingdom of Italy, with Rome as its capitol.

When the first adhesive Italian postage stamps began to appear, the states with their own independent postal systems were:

The Two Greatest Philatelic Rarities of Tuscany
The images shown above are of authenticated and
certified examples sold through major auction houses.

Due to their classical beauty and philatelic significance, the stamps of the Italian states have been very popular with specialists and collectors around the World since the earliest days of stamp collecting.  Some of these stamps were issued in very limited quantities, and they were becoming rare, even during the late 19th Century!

To satisfy the ever increasing collector demands for these stamps, famous forgers, such as François Fournier (1846-1917) and Giovanni de Sperati (1884-1957), began making excellent quality imitations of these early Italian stamps.  Some of the states themselves made later "reprints" of their stamps, as well.  Forged postmarks are also abundant, for stamps that are worth much more in used condition than they are in mint condition.

Over time, these forgeries, reprints, and stamps with forged postmarks have made their way into the mainstream philatelic marketplace, turning the collecting of the stamps of the Italian states into a philatelic "minefield".  It is not unusual for even very old collections of the stamps of this era to often contain more forgeries and reprints than they do the original stamps, if they do contain any original stamps at all!  Some modern-day sellers, that are not well educated in identifying these stamps, may not even be aware that they are selling forgeries and reprints of them to collectors as being authentic.  As I suggest in most of the classical stamp pages of this website, the collector, that is not an Italian states expert, should only purchase higher-priced stamps that have been properly authenticated and / or certified. 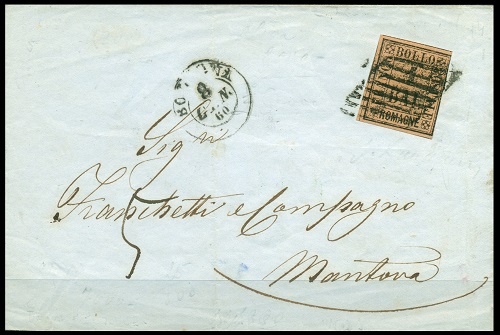 Links to historical articles and reviews of the postage stamps of the Italian states will eventually appear at the top of the third column of this page.