Philipp Melanchthon (1497-1560) was a collaborator with Martin Luther, the first theologian of the Protestant Reformation, and the intellectual leader of the Lutheran Reformation. 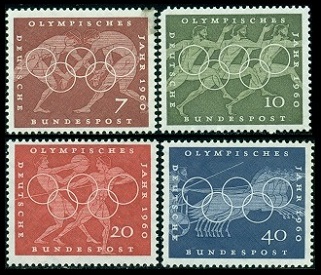 The four designs feature ancient athletic competitions, as they have been depicted on ancient Greek urns. 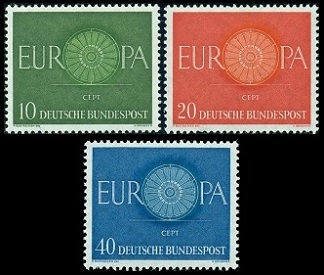 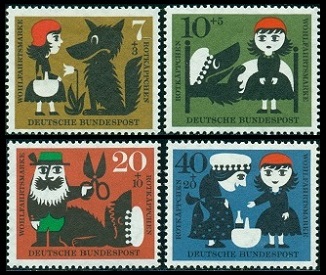 These designs feature scenes from the Fairy Tale, "Little Red Riding Hood", by the Brothers Grimm.

George C. Marshall (1880-1959) was an American general and statesman, famous for his leadership roles during World War II and the Cold War.  He was the Chief of Staff (Five Star General) of the United States Army and the Secretary of State of the United States.  His plan for the rebuilding of Europe after the war resulted in the Federal Republic of Germany eventually becoming the third rated economic power in the World.