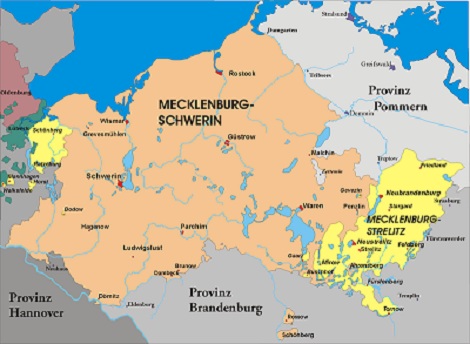 German States stamps for the Duchy of Mecklenburg-Strelitz were first issued in 1864. 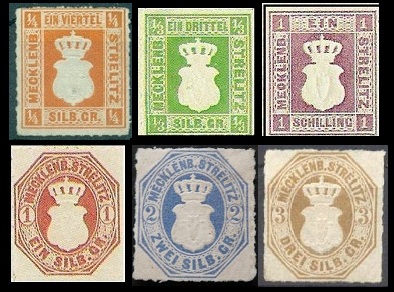 In mint, hinged condition these stamps are moderately expensive, but they are all readily obtainable in the philatelic marketplace.  Having only been in use about three years, used condition examples of the Mecklenburg-Strelitz stamps are very rare, and fake cancellations are plentiful.  These stamps should only be purchased with proper authentication markings or certification.  The prices of used condition multiples and used condition stamps on authenticated covers are obscene, with each being in the realm of €10,000 or more!

On January 1, 1868, the postage stamps of the Duchy of Mecklenburg-Strelitz were replaced by those of the North German Confederation.