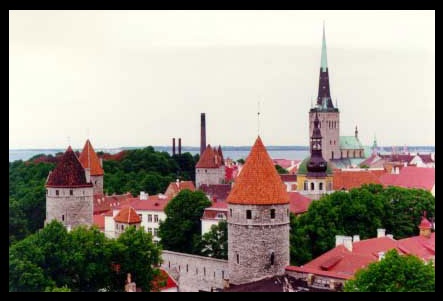 During the German occupation of Estonia, Russian stamps were overprinted for local use in Pernau (Pämu).

The original town was founded in 1251. It was called Perona (German - Alt-Pernau, Estonian - Vana-Pämu), but it was destroyed in 1600. Another nearby town, called Embeke (German - Neu-Pernau, Estonian - Uus-Pämu, was founded in 1265, and it later became known by the German name of Pernau. The town became a member of the Hanseatic League, and it was an important harbor for Livonia.

Today, the city of Pämu is a popular Summer vacation resort, known for its hotels, restaurants, spas, and beaches. 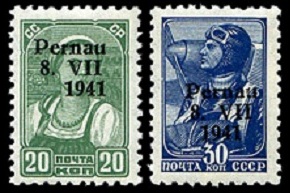 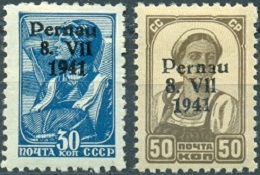 In November 1941, Estonia was incorporated into the Reichskommissariat Ostland, and German stamps, overprinted "OSTLAND", were used.