The German Empire, at the beginning of 1905, began using a security paper that was watermarked with lozenges. The lozenge watermark is shown in the image above. The rationale of the Germans for using watermarked paper, as with many other countries, was to discourage the proliferation of postal forgeries. There are postal forgeries of some of the Germania postage stamps, but they are very few, and all of them are very rare. 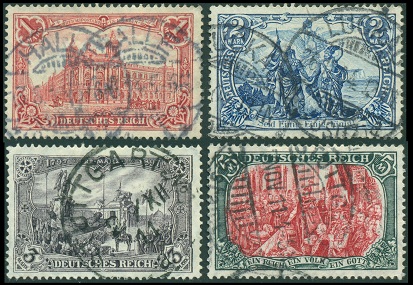 The fifteen German Empire Germania and Representative Subjects stamps shown above, known as the "Peacetime Printings", were issued between 1905 and 1913.  All of these stamps were printed on paper that was watermarked lozenges. 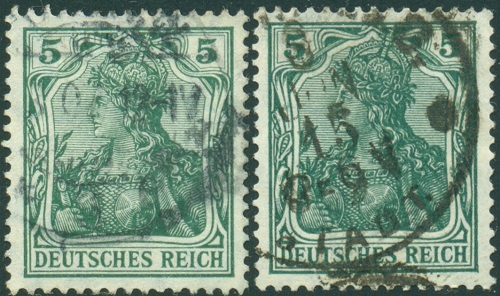 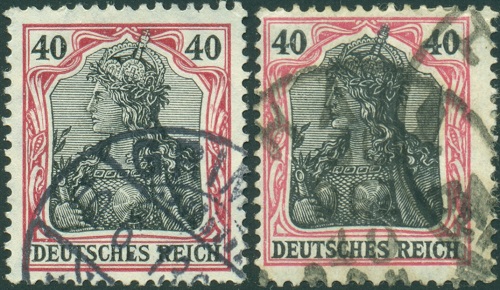 With the Peacetime Printings of the Pfennig denominations, the lines behind Germania's head are all clear and separated. The details in Germania's armor, hair, and crown, as well as the branch she is holding, are all clear and distinct. Her breastplate has almost a "shiny" appearance. 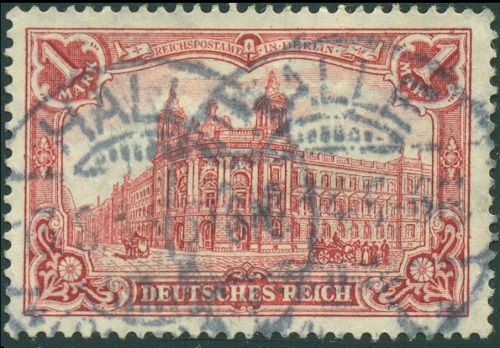 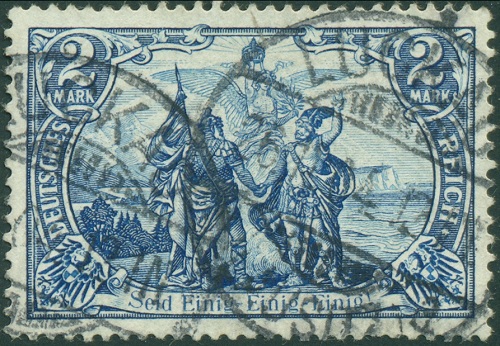 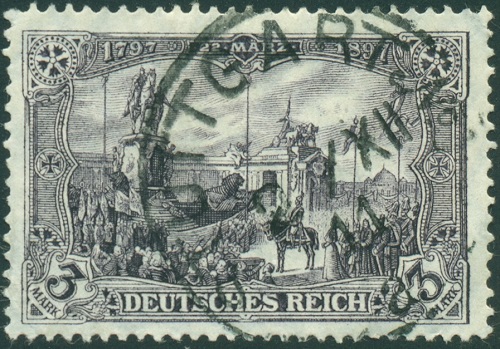 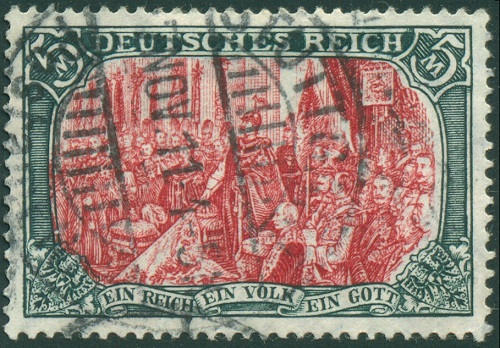 Super-sized images of the Peacetime Printings of the Mark denominations are shown above.  Determining the printing characteristics for these is a bit tricky though.

Here is what the Michel catalog says about these.

Here is the literal English Translation.

I find the translation of the Michel definition of the Peacetime printings rather vague.  I have made some personal observations, which might be of additional help here.

All of the Peacetime printings of the Mark denominations are Michel catalog Type A, having 26x17 perforation holes.

The catalog attributes of the Peacetime Printings are as follows. 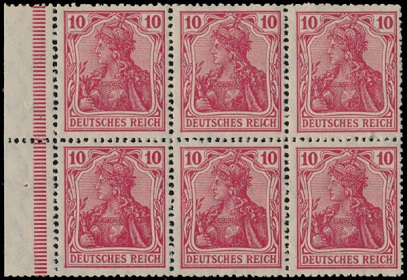 To facilitate sales of postage stamps to the public, the German Empire post office began selling booklets of stamps in 1910. A pane from the first booklet issued in 1910 is shown above.  Some of the booklets contained advertising labels, integrated into the panes, and there are many different varieties of those as well.

For more detail on the German Empire booklets and booklet panes of 1910 - 1912, please see the webpage entitled "Germania Reklamen Booklets - 1911-1912".   Unexploded booklets of the booklets made from the Peacetime Printings are very rare.  Panes from these booklets are scarce and often very high-priced as well.

This is a very popular collecting area with German specialists, almost a specialty in itself! Specialists collect complete booklets, booklet panes, booklet covers, se-tenant combinations of the different denomination stamps contained in the booklet panes, etc.