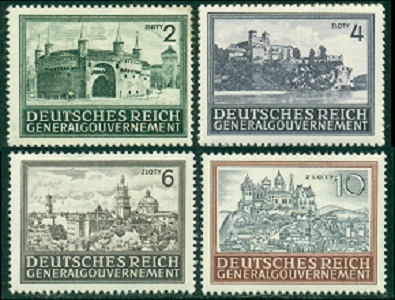 The October 1943 issues are shown here, as this is treated as a complete set of definitive stamps in most of the catalogs.

Krakow has traditionally been one of the leading centers of Polish academic, cultural, and artistic life, and it is one of Poland's most important economic hubs.  In 1978, Karol Wojtyła, archbishop of Krakow, became Pope John Paul II – the first Slavic pope ever, and the first non-Italian pope in 455 years.

The designs feature a painting of Hitler by Willy Exner. 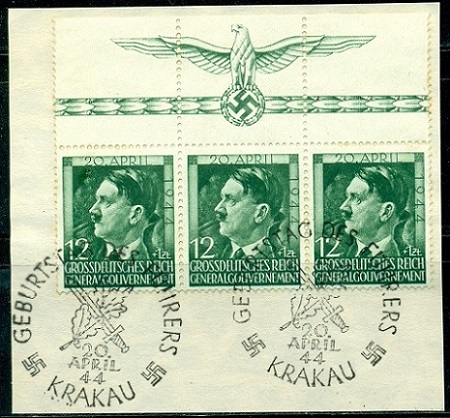 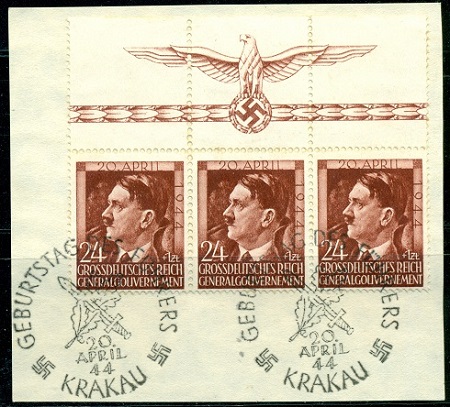 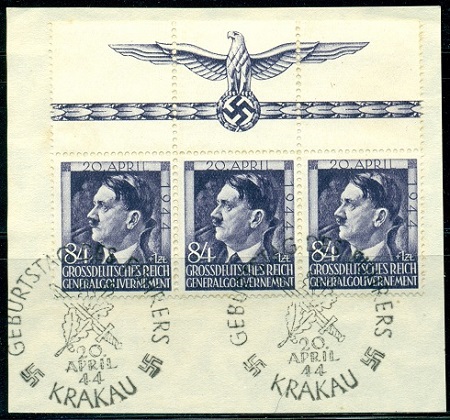 Marginal inscription strips of three of the
1944 Hitler birthday issue tied to piece with
First Day of Issue cancellations. 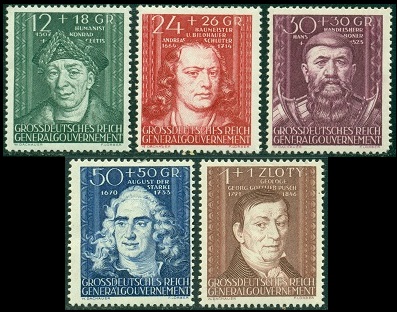 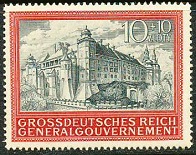 The beautifully engraved surtaxed 10 Z. + 10 Z. high-denomination postage stamp shown above (Mi. #125, Sc. #NB41) was issued on October 26, 1944 to celebrate the 5th Anniversary of the Generalgouvernment of Poland.

The design features a Medieval drawing of Krakow Castle.