The first stamps, for what would be the Generalgouvernment of Poland, were issued, beginning December 1, 1939. These stamps were overprinted "Deutsche Post / OSTEN", which literally means "Eastern German Mail". Up until the Spring of 1940, the use of the regular postage stamps of the Third Reich was also tolerated in the new territory. 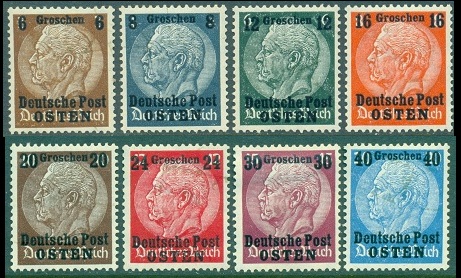 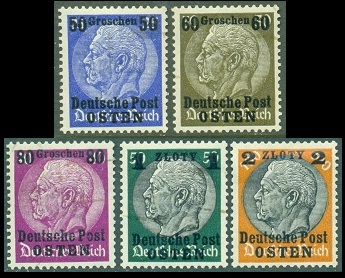 The watermarked swastikas Hindenburg definitive postage stamp issues of the Third Reich were utilized for these German occupation stamps. The new stamps were overprinted "Deutsche Post / OSTEN", and they were re-valued in Polish currency, ranging from the 6 Groschen through the 2 Zloty denominations. All of them are shown in the images above (Mi. #1-13, Sc. #N17-29).

These remained valid for postage until the Fall of 1940, though the first official issues of the new territory, inscribed "General / Gouvernement", would appear in August of 1940. 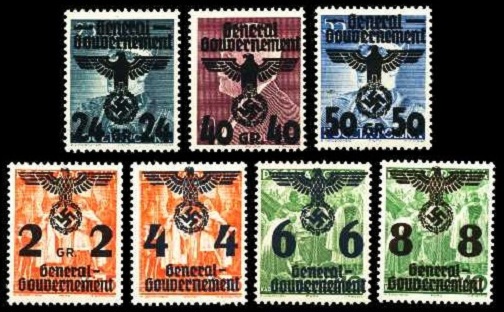 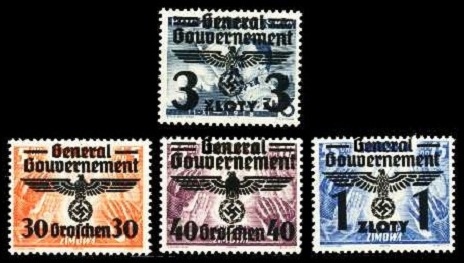 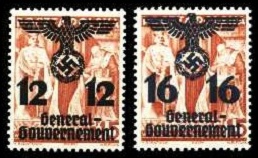 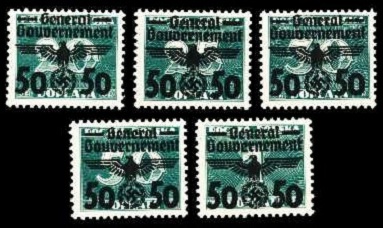 These overprinted and revalued Polish stamps were used up until regular postage stamp issues became available in late 1940.  They did, however, remain legally valid for postal use until November 1941.

Counterfeits do exist, though in most cases it is not a serious problem in collecting this set. 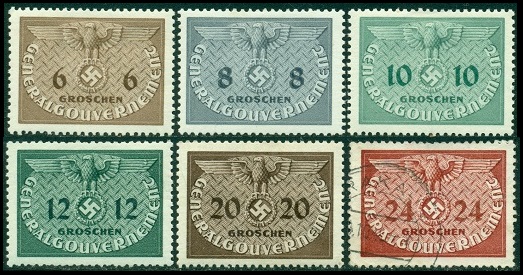 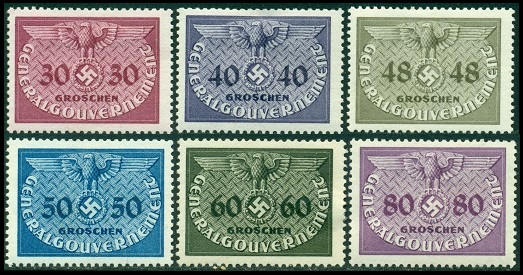 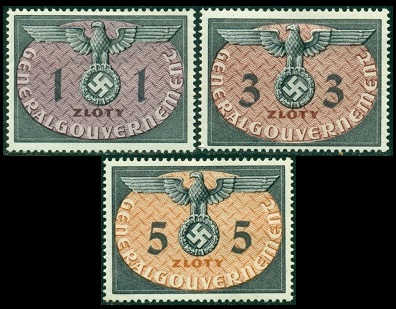