Surtaxed French stamps, at the end of 1935, returned to their originally intended purpose of collecting funds for public charities. 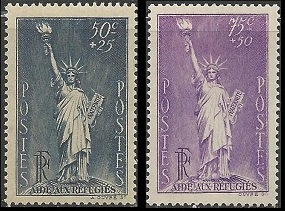 The design of both these stamps features the Statue of Liberty. 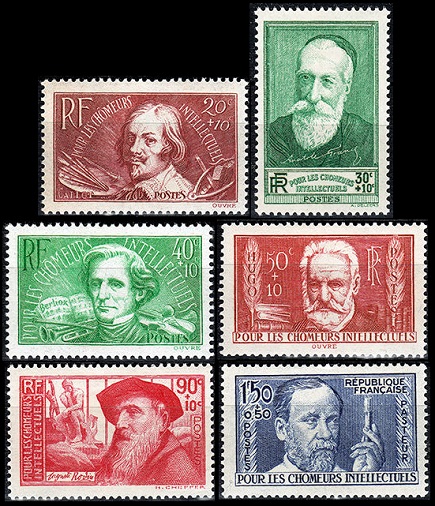 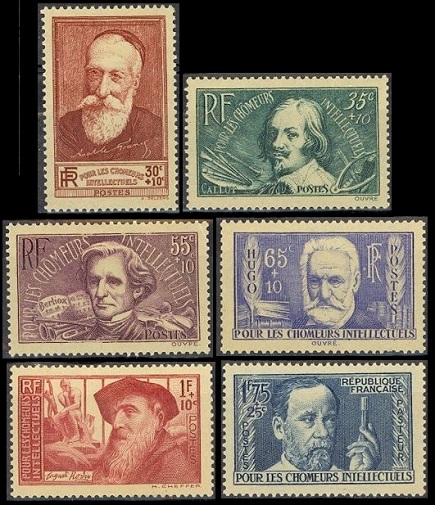 The designs are exactly the same, but the denominations and / or colors of the re-issued stamps are different. 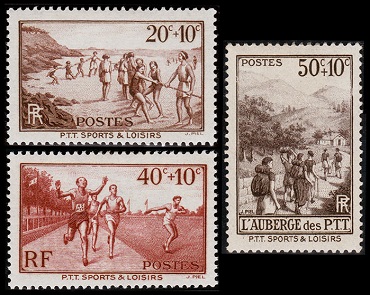 The design of both these stamps features "France" holding an infant. 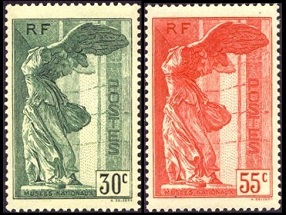 The design of both these stamps features the Winged Victory of Samothrace in the Louvre Museum.

The Winged Victory of Samothrace is a 2nd Century BC marble sculpture of the Greek goddess Nike, attributed to Pythokritos of Rhodes.  The statue was first discovered in 1863, and it has been in the Louvre Museum since 1884. 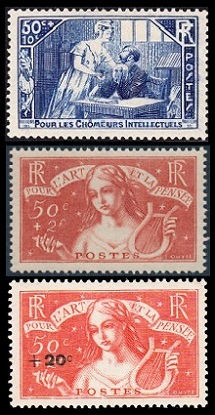 The design of this stamp features a symbolic representation of the children of the unemployed.

Pierre Loti (1850-1923), pictured on the stamp above, was a French naval officer, famous for the exotic novels he wrote about his travels.