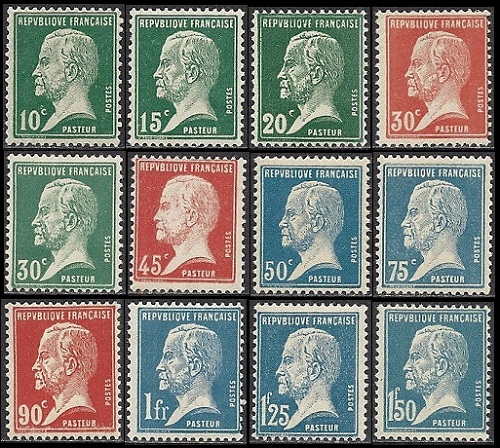 The stamps shown above have that "definitive-letter-postage-stamp-series" look to them.  THEY ARE, AND THEN THEY ARE NOT!

Louis Pasteur (1822-1895) was a French chemist and microbiologist.  He is famous for his breakthroughs in the causes and prevention of diseases.  He is best known, though, for the invention of the process used for treating milk and wine to stop, often deadly, bacterial contamination.  Today, we call this process "Pasteurization"! 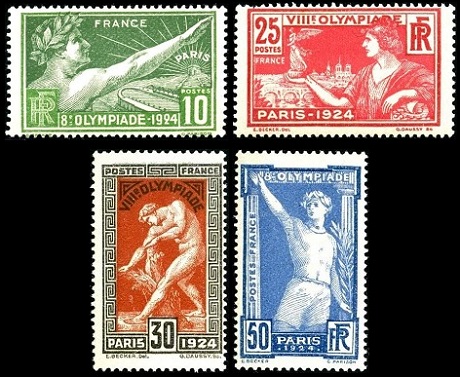 Some of the notable events from the 1924 Summer Olympics were ..... 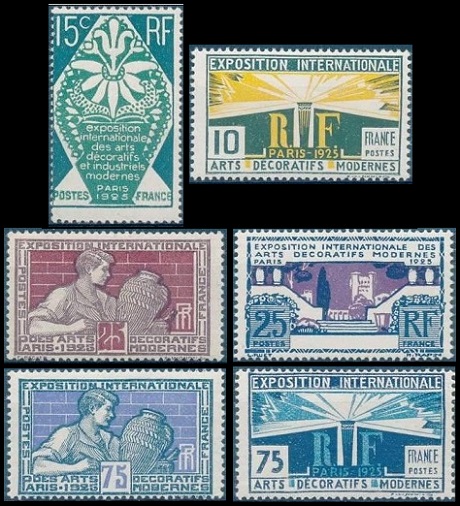 The set of six stamps shown above (Y&T #210-15, Sc. #220-25) were issued during 1924 and 1925 to promote the upcoming International Exposition of Modern Industrial and Decorative Arts.  The exposition was held from April to October 1925 in Paris.  The term "Art Deco" originated at this exposition, being a contraction of the French words for the exhibition, "Arts Décoratifs".

These stamps utilize four different designs, repeated throughout the set.  They are: 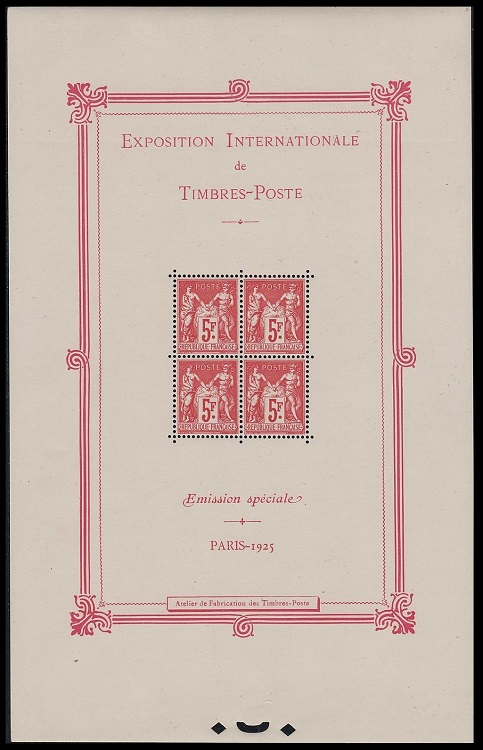 The exposition was held in Paris, during May 1925, and these souvenir sheets were only made available for purchase at the exhibition, which would surely account for their rarity today.

The central feature of the sheet is a 5 Fr. denomination block of four of the Sage Type definitives, printed in Carmine.  Of course, everyone that collects the Sage Type French stamps needs one of these 5 Fr. stamps for their set.  As a result, many of these 5 Fr. stamps were removed from the souvenir sheets and saved as single stamps.  Some of them were actually used for letter postage!  The single stamps that have been separated from the souvenir sheets are actually pretty common.

Return to French Stamps from
Commemoratives of 1923-1925