The first French stamps, issued for the purpose of raising extra money for charitable purposes, appeared in 1914.

The Scott Catalog lists these stamps separately from the regular postage and commemorative issues, calling them "Semi-Postal Stamps".  For the purposes of this category, they will be called "Charity Stamps".

These stamps are actually postage stamps, intended for use by postal patrons for various types of mail.  Later issues are also commemorative stamps, as they honor famous people, places, and events, in addition to their fund-raising purposes.

These types of French stamps feature a "value added amount" or "surtax amount", in addition to the postal denomination of the stamp.  France, as well as most other countries of the world, utilizes the added amounts on these surtaxed postage stamps to raise money for national organizations, public events, and public charities.

The issue of the French stamps, to raise money for charitable purposes, began out of necessity.  All of the issues on this page were either issued during or just after World War I.  Much of World War I was fought in Northern France and in Southern Belgium.  As a result, the French people suffered tremendously.  The war created multitudes of badly wounded soldiers and needy civilians, thus the necessity to quickly raise money to fund public charities. 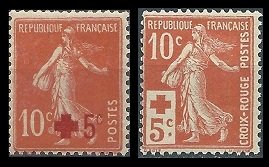 The surtax on these two stamps went to the Red Cross. 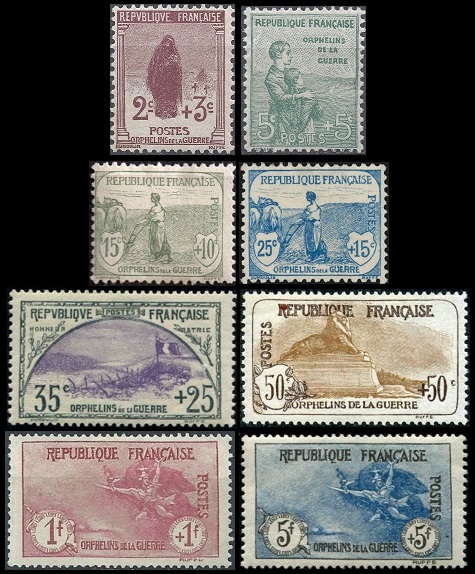 The surtax on these stamps went to aid war orphans.

The design features a hospital ship and a field hospital.  The surtax went to the Red Cross. 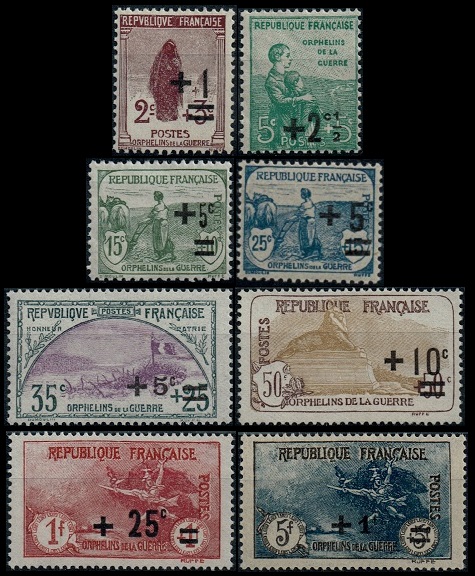 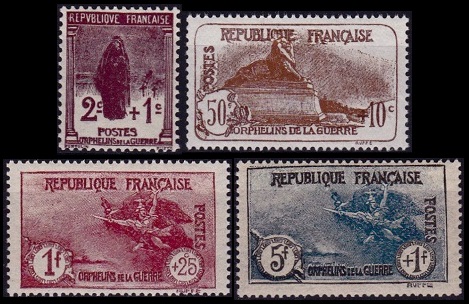