The Freistadt Danzig (Free City of Danzig) issued the three stamps shown above on February 22, 1938 to commemorate the 150th Birthday of Arthur Schopenhauer. 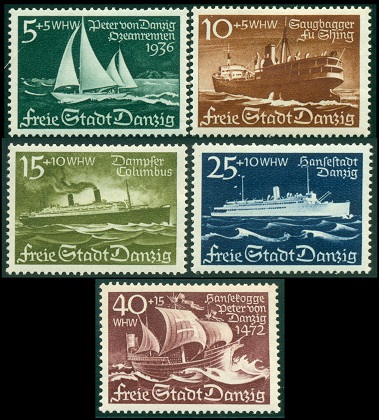 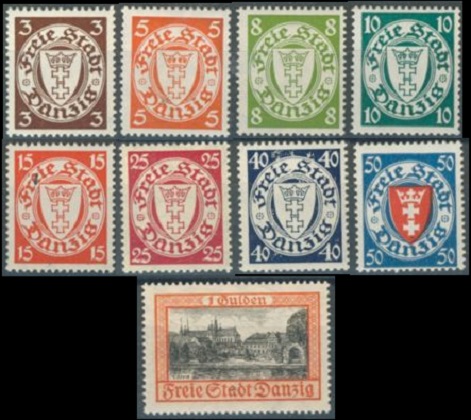 The nine Danzig Coat of Arms and Scenic type definitive postage stamps shown above (Mi. 289-97, Sc. #225-33) were re-issued, beginning in July 1938.  These new stamps were printed on paper with the multiple swastikas watermark. 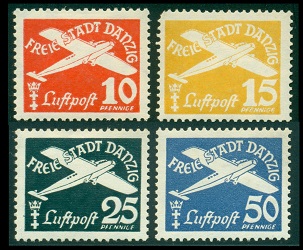 The designs depict great events from Danzig's history, as follows:

These would be the final postage stamp issues of the independent  Freistadt Danzig. 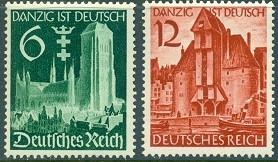 At the beginning of September 1939, the Danzig NAZI Party leader, Albert Forster, entered the League of Nations High Commissioner's residence and ordered him to leave the city. The Freistadt Danzig ceased to exist as an independent political entity.  The former Free City was formally incorporated into the German Third Reich as part of the newly-formed Reichsgau of Danzig-West Prussia. 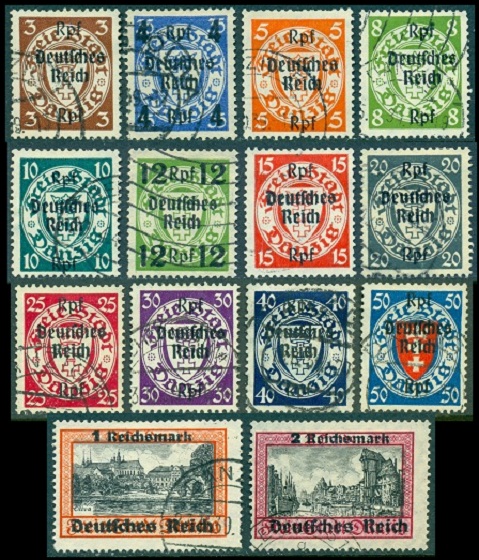 On September 28, 1939, the Third Reich overprinted and / or re-valued existing stocks of Danzig definitive postage stamps, indicating that the former Free City was now part of the German Reich.  They are all shown above (Mi. GERMANY #716-29, Sc. #241-54).

After this date, the postage stamps of the Third Reich were used in Danzig and its surrounding areas.