The Freistadt Danzig (Free City of Danzig) didn't issue their first stamps for 1936 until June of that year. 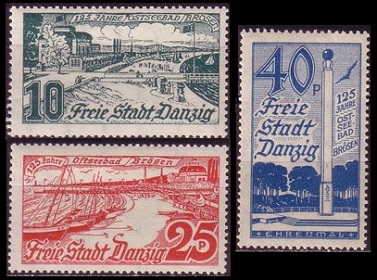 The three stamps shown above (Mi. #259-61, Sc. #216-18) were issued on June 23, 1936 to celebrate the 125th Anniversary of the village of Brösen.  The two lower denominations of the set depict views of the beach at Brösen, and the 40 Pf. denomination depicts a war memorial located there.

Originally a fishing village, in 1823 it was converted to a seaside resort for Danzig citizens.  The baths and vacation cottages, located at Brösen (Brzeźno) were destroyed in 1945, and they were never reconstructed.  The beaches are still a popular vacation attraction though. 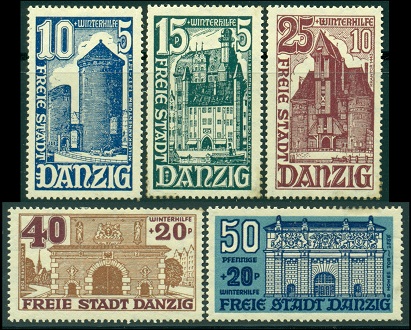 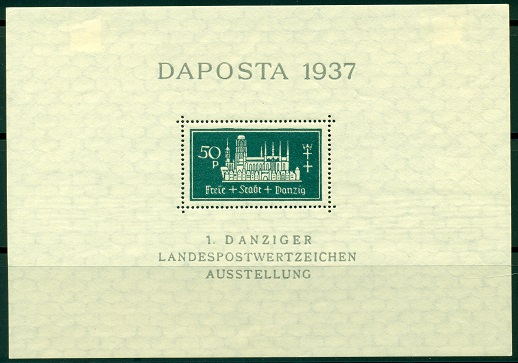 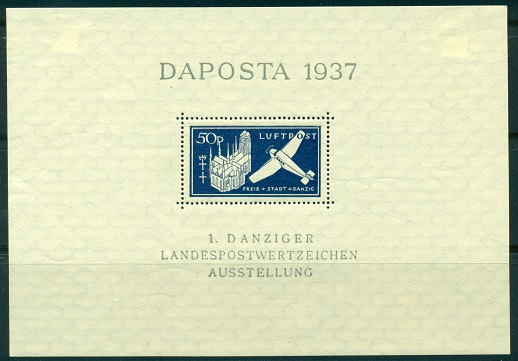 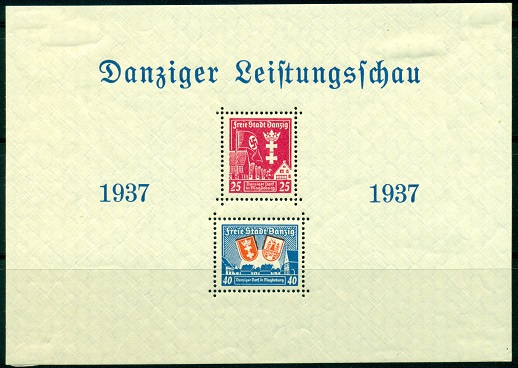 The Danzig Community at Magdeburg stamps were also issued in souvenir sheet format on November 28, 1937 for the Danzig Exhibition.  The souvenir sheet is shown above (Mi. Block 3, Sc. #B21a). 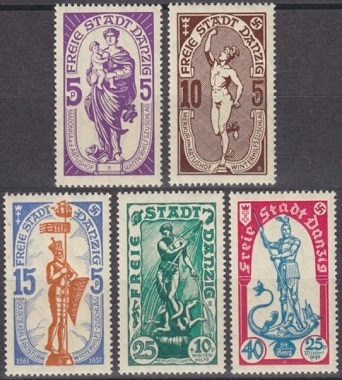 The designs are from friezes in the Artushof, an elaborate building in the center of Danzig, once the meeting place of merchants and the center of the Freistadt Danzig's social life.  Today, it is a museum.