For the Freistadt Danzig (Free City of Danzig), the period from 1930 to 1935 was filled with great uncertainty.  The Great Depression, which began in late 1929, continued into the early part of the decade.

As a result of ongoing economic hardship, coupled with ethnic resentment, the local NAZI Party was able to take full control of the Danzig legislature in June 1933.  After the takeover of the local government, political opposition was suppressed, sometimes violently.

The persecution and discrimination against the Jewish population, about 2% of the total population of Danzig, also began at this time, causing many of them to flee to neighboring countries. 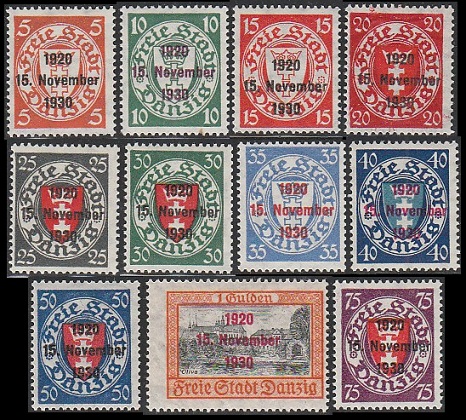 This is a pricey set.  One should be very careful when buying them, as forgeries do exist. 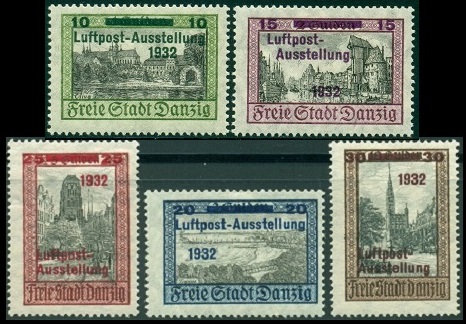 These stamps were sold for double the surcharged values, with the amount going to the philatelic exhibition.

The three surcharged definitive postage stamps shown above (Mi. #237-39, Sc. #B9-11) were issued on January 15, 1934 to raise money for Winter Relief Charities.  The overprint "W. H. W" stands for the German word "Winterhilfswerke".

Only 13,000 sets were sold, making them rather scarce today.  Counterfeits do exist. 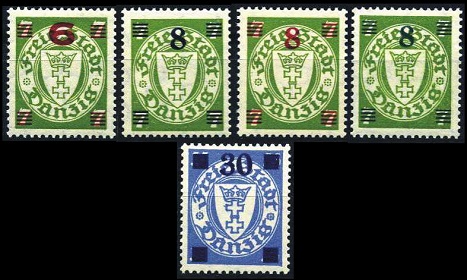 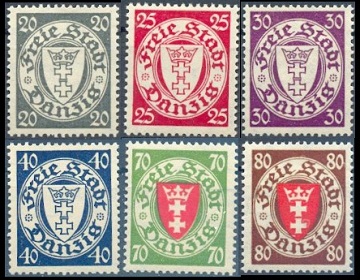 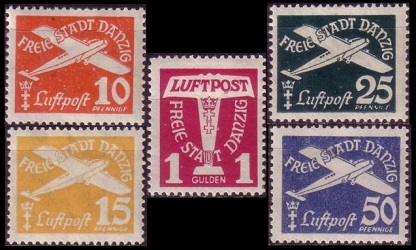 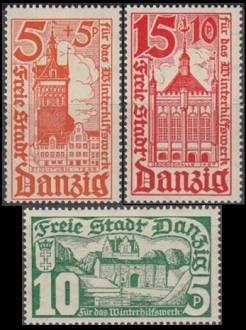