Many of the pictorial Faroe Islands stamps of 1982 to 1985 feature the history and culture of the islands.  The first Faroe Islands souvenir sheet was issued in 1983, to celebrate Faroe Islands and Scandinavian culture. 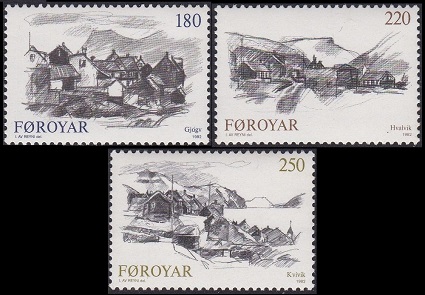 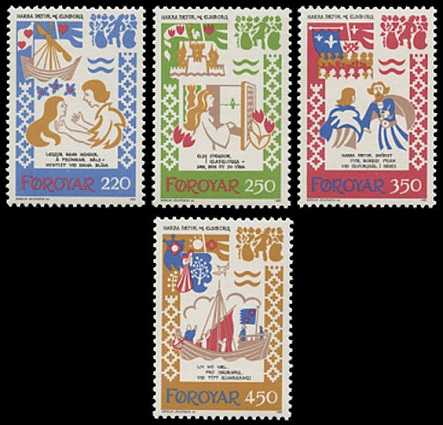 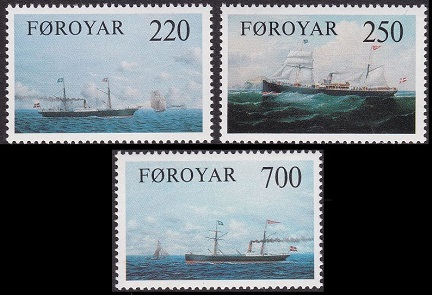 The three pictorial Faroe Islands stamps shown above (Sc. #90-92) were issued on February 21, 1983, and they feature Faroese Steamships.

The three designs are as follows: 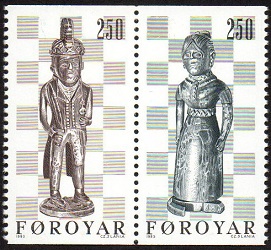 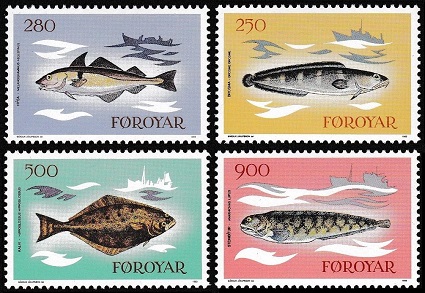 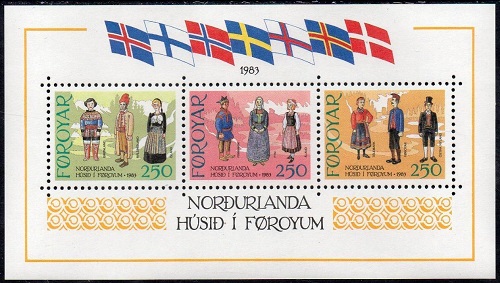 The Faroe Islands souvenir sheet shown above (Sc. #101) was issued on November 4, 1983 to celebrate the opening of the Nordic House Cultural Center in Torshavn.

The designs of the three stamps in the souvenir sheet feature National Costumes.  The top margin features the flags of all the Scandinavian countries. 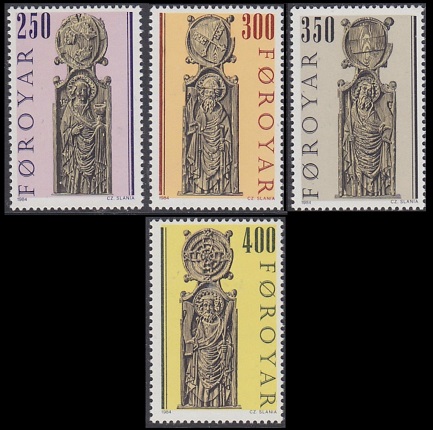 The Pew Gable designs are as follows:

The two annual EUROPA stamps shown above (Sc. #106-107) were issued on April 2, 1984 to celebrate the 25th Anniversary of the European Conference of Posts & Telecommunications (CEPT).

The common design features a stylized representation of a bridge. 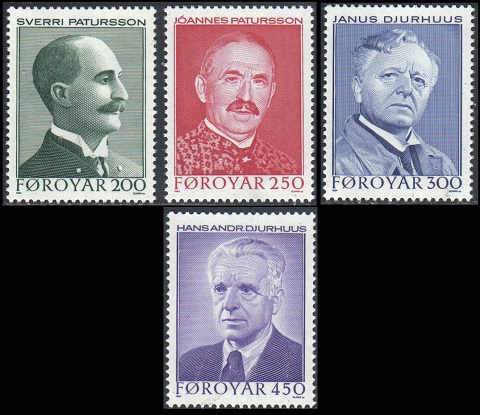 The four portraits are as follows: 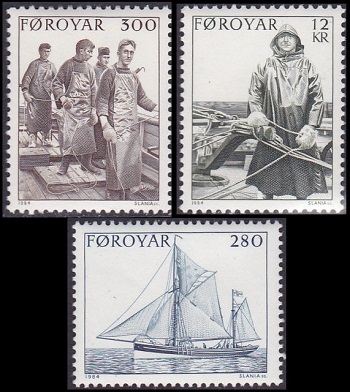 The three pictorial Faroe Islands stamps shown above (Sc. #112-114) were issued on September 10, 1984, and they feature scenes of the Faroese Fishing Industry.

The three designs are as follows: 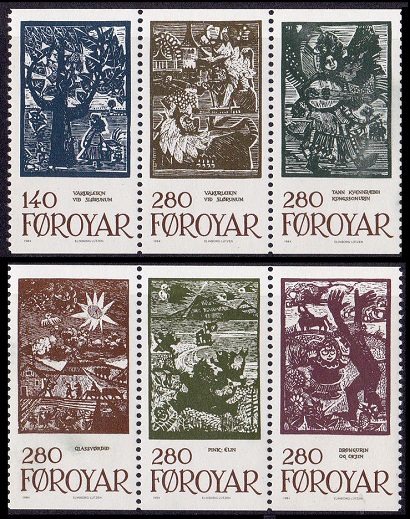 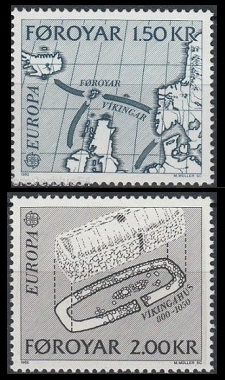 The two designs feature an antique map of Viking North Atlantic Routes, and an overhead of the foundation of a Viking House c. 800-1050 A.D. 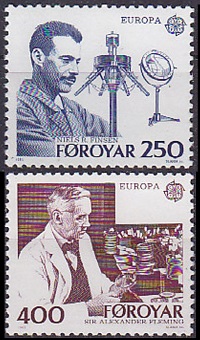 The design of the 250 Ø. denomination stamp features the Faroese physician, Niels R. Finsen (1860-1903), a pioneer in ultraviolet radiation.

The design of the 400 Ø. denomination stamp features the Scottish / Danish biologist, Alexander Fleming (1881-1955), the inventor of penicillin.