Many of the pictorial Faroe Islands stamps of 1979 to 1981 feature the history and culture of the islands.  The Faroe Islands postal service, in 1979, was only four years old, yet because of the wartime provisional overprints, the islands proudly commemorated the 60th anniversary of their postage stamps! 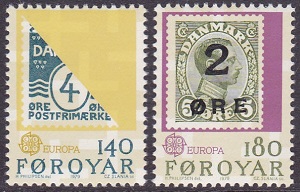 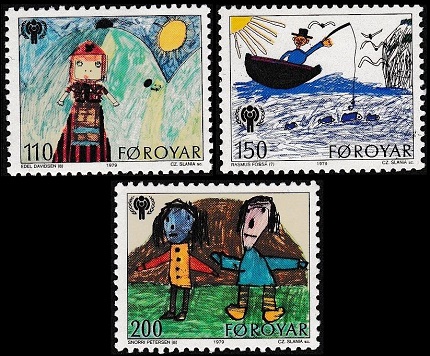 The three pictorial Faroe Is. stamps shown above (Sc. #45-47) were issued on October 1, 1979 to celebrate the International Year of the Child. 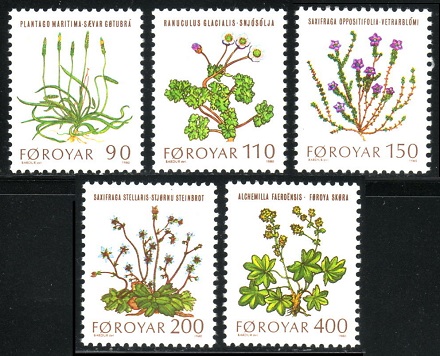 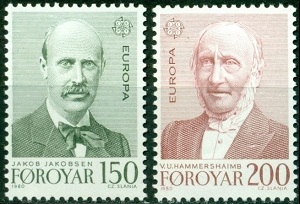 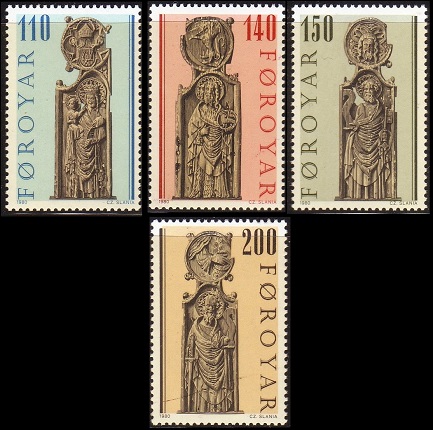 The four art-themed Faroe Is. stamps shown above (Sc. #55-58) were issued on October 6, 1980, and they feature Pew Gables from the 12th Century St. Olav's Church in Kirkjubøur, Streymoy Island.

The Pew Gable designs are as follows: 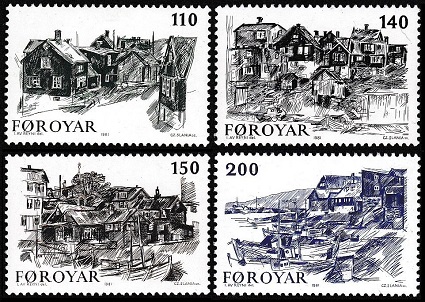 The two designs feature the Ring Dance and the Garter Dance. 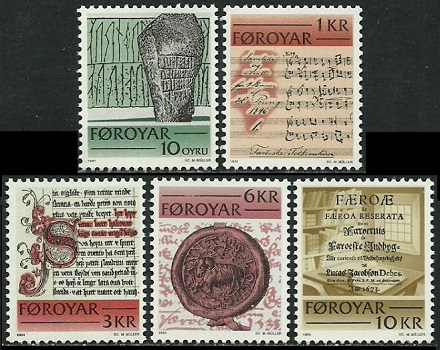 The five designs are as follows:

The name of the islands, "Føroyar", is derived from the Old Norse word, "faer", meaning "Sheep".  Thus the original meaning of "Føroyar", in Danish / Faroese, was actually "Sheep Islands".