The subject of famous Romanians brings to mind two people, Vlad the Impaler and another person that is recognized Worldwide by only their first name! 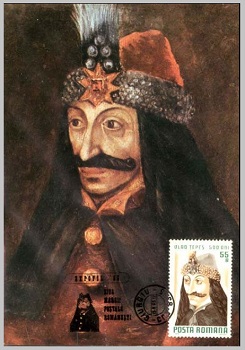 Vlad III Draculesti (1431-1476), Prince of Wallachia
also known as
Vlad Tepis (the Impaler) and Vlad Dracul
Card with the Romanian Stamp issued in 1976

One of the most famous Romanians of the 15th Century has been used as the inspiration for the fictional vampire, Dracula.

Vlad III (1431-1476) of the House of Draculesti, the Prince of Wallachia, also known as Vlad Tepis (the Impaler) and Vlad Dracul, has often been associated with the fictional vampire character called Dracula.

This is absolutely not true.  Vlad III was not a vampire.  Dracula is a fictional character, supposedly based in Transylvania, that was created by the imagination of Irish novelist Bram Stoker (1847-1912) for his novel of the same name, first published in 1897.  The fictional story takes place in Transylvania and in England during the 1890's.

Vlad III did have a reputation of using excessive cruelty in punishing the enemies of Wallachia, particularly the practice of impaling them.  Aside from that though, he is revered as one of the great leaders in the Romanian resistance against the Ottoman invasion of the Balkans in the 15th Century, and he was hailed by both neighboring states and the Church of Rome for his victories against the Turks.  It is believed that Vlad III was killed in battle, fighting the Turks, some time during December 1476.

Stamps of Romania have been issued over the years honoring Vlad III or Vlad Tepis as a symbol of Romanian resistance to foreign occupation.

The Romanians have, however, managed to capitalize on this erroneous association, and today, the sites associated with the life of Vlad III are major tourist attractions. 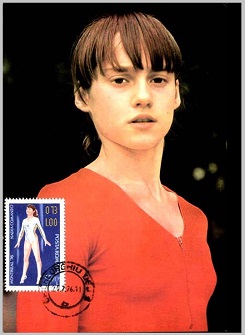 One of the most famous Romanians of the 20th Century is known Worldwide by a single name ..... NADIA!

Nadia Elena Comaneci was born in 1961 in Onesti, Romania.  Her mother named her Nadia, after the Russian word Nadezhta, meaning "hope".  For a little girl, growing up in Communist Romania, the likelihood of her ever achieving any fame or notoriety was extremely unlikely.

While in kindergarten, she joined her school gymnastics team and began training in gymnastics.  At the age of six, she was invited to attend Bela Karolyi's gymnastics school, after he had seen her and a friend doing cartwheels in a schoolyard.  She was a "natural" in the sport.

By the age of thirteen, she had become the Romanian national champion and the European champion in women's gymnastics.  In 1975, she was named United Press International's "Female Athlete of the Year".  At the age of fourteen, she traveled with the Romanian Olympic team to the 1976 Summer Olympic Games in Montreal, Canada.  What happened next is Olympic legend! 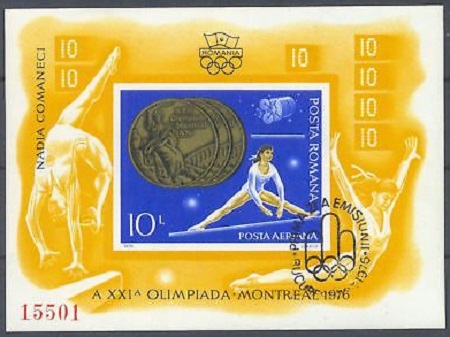 During the team compulsory portion of the competition, on July 18, 1976, her routine on the uneven bars was initially awarded a "1.00".  This confused and agitated both the crowd and the athletes.  It was soon clarified that the score display only had three digits and that her score was actually a perfect "10.00".  This was the first time in modern Olympic gymnastics history that the score had ever been awarded.

During the course of the Olympics, Nadia would earn six additional perfect "10.00" scores in route to winning Gold Medals in the all around, uneven bars, and balance beam competitions.  She also earned a Bronze Medal in the floor exercise, and the Romanian gymnastics team earned a Silver Medal in the team competition.

Nadia had now become the "darling" of the World and a national heroine in the People's Republic of Romania.  Back in Romania, she was awarded the Sickle and Hammer Gold Medal, and she was named a Hero of Socialist Labor, becoming the youngest Romanian to ever receive those honors.


Return to Stamps of Romania from
Two Famous Romanians