The two documentary stamps issued between 1962 and 1963, which are a different design, will be included at the end of THIS PAGE. 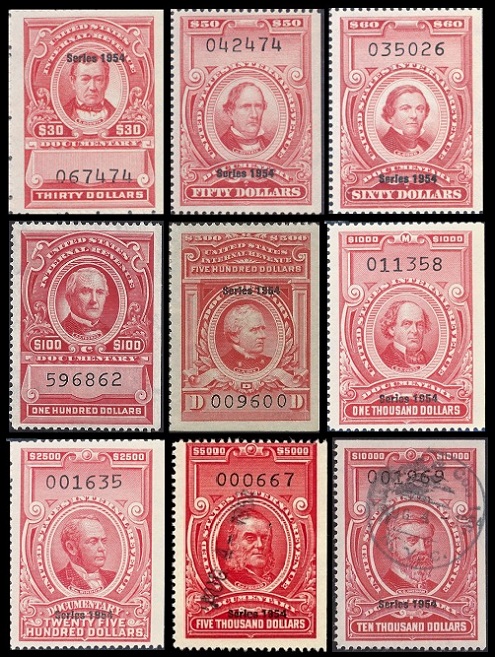 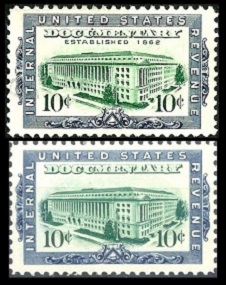 The 10 C. denomination documentary stamp shown above, at the top (Sc. #R733), was issued on July 2, 1962 to commemorate the 100th Anniversary of the Internal Revenue Service.

The design features the Internal Revenue Building in Washington, D.C.

The 10 C. denomination documentary stamp shown above, at the bottom (Sc. #R734), was issued in 1963, to be used as a regular documentary revenue stamp.

The inscription "Established 1862" has been removed from the design of this stamp.


The use of documentary revenue stamps was discontinued on December 31, 1967.