In the DDR, it was Karl Marx Year, the celebration of the life and works of the socialist pioneer Karl Marx.  Both commemorative stamps and souvenir sheets were issued to celebrate one of the most important founding fathers of the theory of Communism.

Karl Heinrich Marx (1818-1883) was a German philosopher, economist, historian, political theorist, and revolutionary socialist, who developed the political theory of Marxism. His ideas played a significant role in the socialist political movement. He published several books during his lifetime, with the most notable being "The Communist Manifesto" (1848) and "Das Kapital" or "Capital" (1867). These two books were co-written with his friend and fellow German revolutionary socialist, Friedrich Engels (1820-1895). 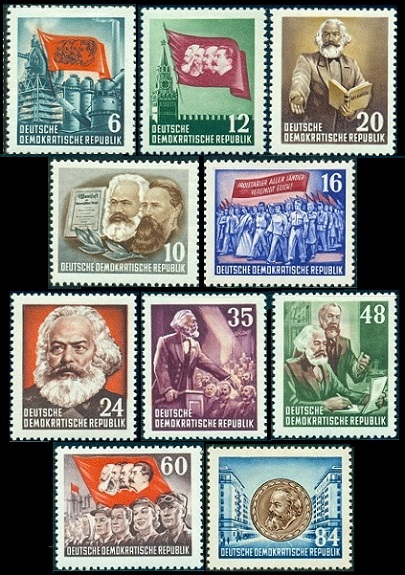 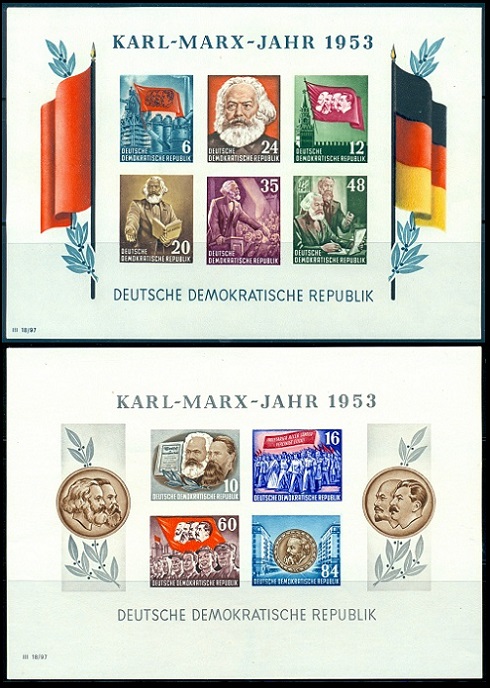 Only 300,000 of the four souvenir sheets were printed, and they were sold for 2.50 DM each, a considerable sum of money at the time.  These are very scarce and highly prized by German Democratic Republic collectors today.

The designs feature different views of cyclists competing in a race. 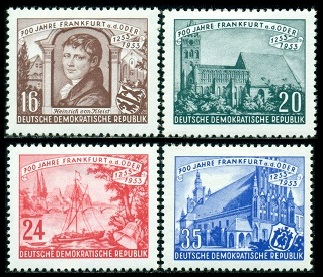 The two designs feature a power shovel and a road building machine. 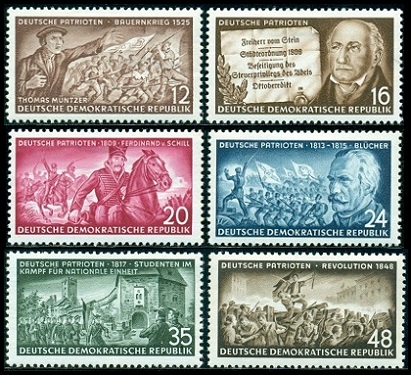 Return to German Democratic Republic from
DDR - Commemoratives of 1953

Maxim Gorky (1868-1936) was a famous Russian political activist and novelist.

The design depicts a nurse applying a bandage.

The design features a depiction of mail delivery.